Woman of the Ashes: A Novel 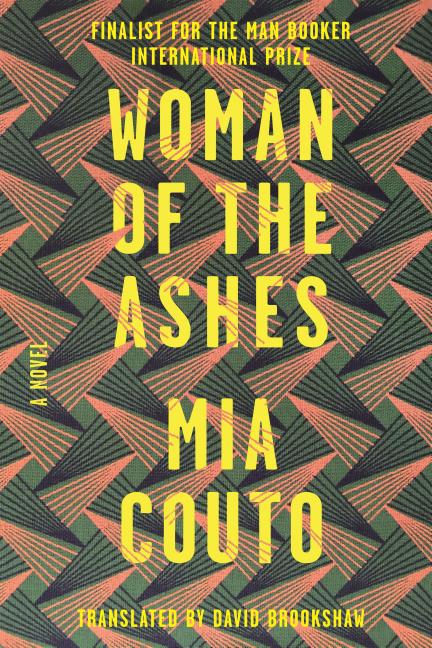 Alternating between the voices of Imani and Germano, Mia Couto’s Woman of the Ashes combines vivid folkloric prose with extensive historical research to give a spellbinding and unsettling account of war-torn Mozambique at the end of the nineteenth century.

What The Reviewers Say
Rave Michael Magras,
BookPage
Woman in the Ashes is the sort of novel in which fish fly through the air, the soil bears the footprints of angels, and a bundle of animal pelts hides a deep abyss. The tension flags at times, but the book’s richness stems from its recognition that many forms of conflict rend nations and their people. War and colonial oppression are among the most devastating, but tensions also flare between races, among compatriots and within families. This is a wise and powerful novel about war and its consequences.
Read Full Review >>
Rave Shoba Viswanathan,
Booklist Online
Couto’s mastery lies in his ability to turn his exploration of this slice of history into a commentary on all of human civilization. Richly translated by Brookshaw in words that suggest more than they say, Couto’s tale evokes a sense of timelessness, especially in the world seen through Imani’s eyes. An intriguing combination of folklore, history, and magic realism, and the first in a trilogy, this is a novel to be read and reread, savored and analyzed as Couto writes 'the names of the dead. So that they may be born again in the footprints we leave.'
Read Full Review >>
Rave Sheila Glaser,
The New York Times
Set in the late 19th century and skillfully translated by David Brookshaw, this is the first novel of a trilogy about the last days of the 'so-called State of Gaza.' This vast African empire, led by the legendary warrior-chief Ngungunyane, once covered much of what is now Mozambique. To give birth to his embattled world, Couto, a recent finalist for the Man Booker International Prize, draws from a trove of historical documents, alternating between the perspective of a disgraced Portuguese sergeant, Germano de Melo, who is consigned to a remote area of what, as he puts it, 'we so pompously call Lands of the Crown,' and that of a young VaChopi girl, Imani, who serves as his translator. From the myths that swirled around Ngungunyane (and still do), Couto conjures what he has described as the 'many and small stories' out of which history is made, offering a profound meditation on war, the fragility of empire and the ways in which language shapes us ... Imani’s speech, much like Couto’s, is both her own and delivered in a borrowed tongue. Couto, a 'white man who is African,' as he describes himself, also tells the stories of those who write their names in 'the dust and ashes,' capturing through their landscape — and the language of those who have invaded it — an unwritten history.
See All Reviews >>
SIMILAR BOOKS
Fiction

Milk Fed
Melissa Broder
Rave
What did you think of Woman of the Ashes: A Novel?
© LitHub | Privacy