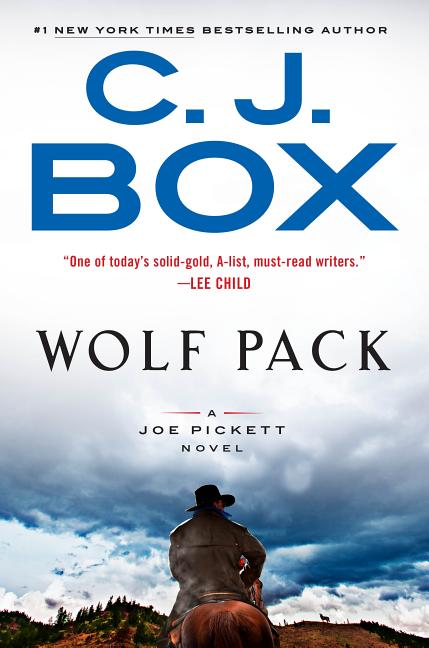 Wyoming game warden Joe Pickett encounters bad behavior on his own turf--only to have the FBI and the DOJ ask him to stand down--in the new novel from #1 New York Times-bestselling author C.J. Box.

What The Reviewers Say
Rave The Real Book Spy
Reading Box’s new book each year and following Joe, Marybeth, Nate Romanowski, and others is similar to catching up with old friends you haven’t seen in a while. It’s a real treat, especially for longtime fans of the series. Nobody has ever developed a family the way Box has with the Picketts over the course of nineteen novels. Whereas most series are losing steam and becoming repetitive this deep into their run, Box continues to find brilliant new ways to shake things up. That includes a number of shocking revelations here, all of them too good to spoil in this review, that’ll stun diehard fans who know all too well that Box is capable of landing hard-hitting twists when you least expect them ... C.J. Box’s Joe Pickett franchise is good enough to go toe-to-toe with any other series in print today, regardless of genre ... and Wolf Pack is the most unexpected, relentless, and action-packed novel he’s ever written.
Read Full Review >>
Positive Keir Graff,
Booklist
s always, Box takes familiar elements of his long-running series—the upstanding Joe, the renegade Nate, a daughter in danger (this time it’s Lucy), and a threat from outside—and seamlessly combines them into a read that makes your heart race, even though you won’t leave the couch until you’ve turned the last page. Half mystery, half thriller, totally worthwhile.
Read Full Review >>
Rave Publishers Weekly
Excellent ... The action-packed final quarter of the book ranks among Joe and Nate’s best and bloodiest confrontations. Box is the king of contemporary crime fiction set in the West.
Read Full Review >>
See All Reviews >>
SIMILAR BOOKS
Coming Soon

On Java Road
Lawrence Osborne
Rave
What did you think of Wolf Pack?
© LitHub | Privacy