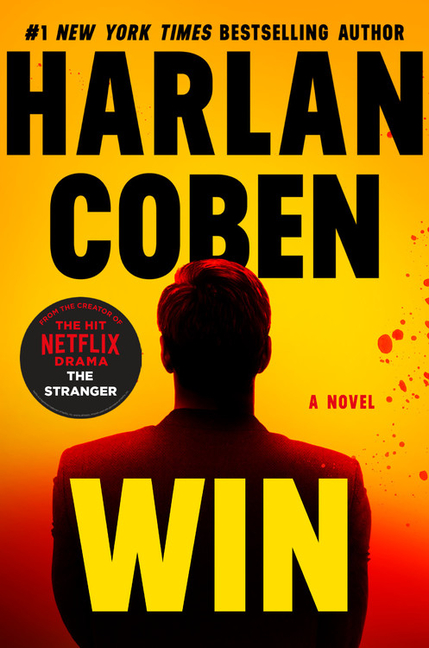 From a #1 New York Times bestselling author comes this thrilling story that shows what happens when a dead man's secrets fall into the hands of vigilante antihero.

What is this?
Pan
Based on 5 reviews

What The Reviewers Say
Positive Linda M. Castellito,
Bookpage
In Harlan Coben’s suspenseful and oft-surprising Win , the rakish titular character explains that he has long had to contend with negative assumptions due to his name, slight frame and regal bearing ... Coben, as is his wont, raises moral dilemmas readers will enjoy chewing on and pulse-pounding action scenes will keep the pages at least semi-frantically turning.
Read Full Review >>
Mixed Michael J. McCann,
New York Journal of Books
While this author is well known for using events from the past to inform the structures of his plots, this one’s rather convoluted. The timeline’s a little tough to keep straight ... And how on earth do they all connect to each other? Well, that’s the mystery, of course, but it’s tough sledding to get there. Back and forth, up and down, around and around. As for our intrepid protagonist, while Win has been serviceable over the years as a foil to Myron, who’s generally intended to be likeable and reasonably normal, a full dose of Win on his own is another matter altogether. The novel’s told in the first person from Win’s point of view, which is like 350+ pages of blunt force trauma inflicted on our sensibilities ... an inconsistently drawn Win merely grates on the nerves ... the type of spin-off novel that will be wildly popular with Coben’s fan base as an extension of what they already know and love. As for the rest of you out there in the book-buying world, it’s your call as to whether or not it’s worth spending money on.
Read Full Review >>
Mixed Connie Fletcher,
Booklist
Coben, who has written 32 crime novels and won many awards, including the Edgar, the Shamus, and the Anthony, gives readers a propulsive plot that hinges on the discovery of a stolen Vermeer and a reach-back to a kidnapping 24 years earlier ... The fact that Win, the kind of long-winded egomaniac you’d avoid at a party, narrates the story may be off-putting for many readers, but the intriguing plot may hold them.
Read Full Review >>
See All Reviews >>
SIMILAR BOOKS
Fiction

Find You First
Linwood Barclay
Positive
What did you think of Win?
© LitHub | Privacy