Who Is Maud Dixon? 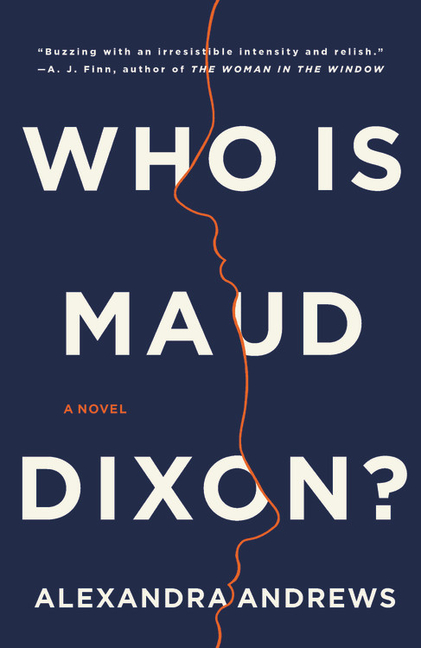 Florence Darrow is a low-level publishing employee who believes that she's destined to be a famous writer. When she stumbles into a job the assistant to the brilliant, enigmatic novelist known as Maud Dixon — whose true identity is a secret — it appears that the universe is finally providing Florence’s big chance.

What The Reviewers Say
Positive Sarah Lyall,
The New York Times
The soufflé Andrews has deftly constructed to this point deflates a bit when Florence moves to Helen’s house in the Catskills and starts the tedious business of doing this new work, mostly keeping her Machiavellian tendencies in check ... Morocco seems almost beside the point; there is talk of souks and the buying of hats, but Andrews never firmly anchors us there ... From there, Maud Dixon becomes less a Highsmith-esque character study — the tightly drawn portrait of a brilliantly charming sociopath — than a plot-heavy romp. There are feints, counterfeits, battles of wits, plot twists that appear from thin air. At a certain point, we realize — to our delight — that seeing things from Florence’s point of view has robbed us of the chance to consider that she is not the only one with a complicated agenda … assured.
Read Full Review >>
Rave Cari Dubiel,
Booklist
Identity theft takes on a new meaning in this fresh and arresting thriller ... the intrigue builds to a satisfying conclusion. Already optioned for film, Andrews’ debut is a page-turning, surprising read that will appeal to fans of Hank Phillippi Ryan’s The First to Lie (2020).
Read Full Review >>
Positive Maureen Corrigan,
The Washington Post
... yet another clever example of what’s been dubbed the Gone Girl on a Train school of suspense ... light on character development and plausibility, but rife with the most important ingredient in this strain of suspense fiction: inventiveness. The plot here makes whiplash turns, loop de loops and sudden reversals. It opens in Morocco, swerves to New York and ends up in the cool amoral vacuity familiar to fans of Patricia Highsmith’s Ripley novels. What’s not to enjoy? ... turns out to be much more than a question about authorship; indeed, it’s a question fraught with life and death consequences. Andrews’s novel is sharp, unpredictable and enormously entertaining. To say anything more would ruin the fun of reading — and being lightly appalled — by it.
Read Full Review >>
See All Reviews >>
SIMILAR BOOKS
Fiction

The Lamplighters
Emma Stonex
Rave
What did you think of Who Is Maud Dixon??
© LitHub | Privacy