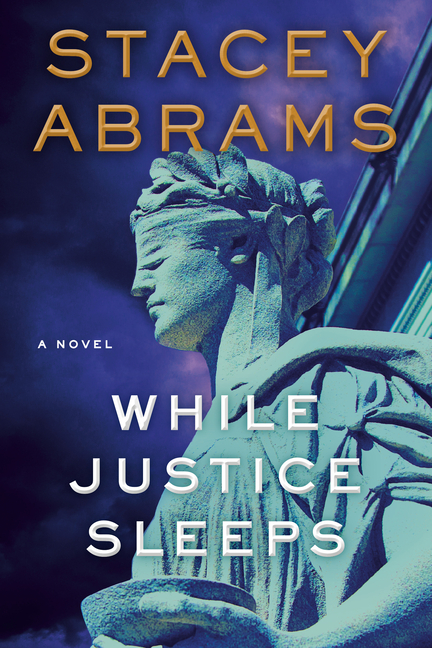 An inside-Washington thriller about an ambitious law clerk thrown into a life-or-death treasure hunt with major national implications when the Supreme Court justice she works for slips into a sudden coma by the notable politician.

What The Reviewers Say
Positive Richard North Patterson,
The New York Times Book Review
... impresses on several counts: that she is willing to risk the jaundiced eye of readers unsympathetic to her public career; that she has the stuff to assay fiction in a new and challenging genre; and that amid an exceedingly busy life she cares enough about the form to undertake the demanding business of turning an idea into a novel. So the only fair question is not what she might have written, but whether she succeeds on the terms she set herself ... At the outset, the customary conventions of legal thrillerdom require quickly immersing the reader in murky but momentous events — this is not, after all, Madame Bovary. In page after page of efficient and serviceable prose, Abrams creates an exceedingly convoluted but potentially intriguing landscape ... As the story progresses, Abrams’s current deficits as a novelist become apparent. To say the least, While Justice Sleeps epitomizes the phrase 'plot driven' ... Avery lacks a fully developed persona, and frequently reacts to alarming events in ways that are emotionally and logically implausible. Some of her most striking characteristics are functional rather than organic. Too often, she and her supporting cast are whomever the story requires them to be ... Concurrently, one is struck by Abrams’s considerable powers of invention. Not only does she succeed in keeping the pages turning, but the fusillade she triggers bespeaks a genuine gift for weaving a daunting number of plot threads into her labyrinthine but accelerating design. Her narrative never pauses for breath — let alone contemplation ... Readers searching for dimensional characters whose inner lives inform a consistently credible narrative won’t find them in this book; its climactic events, and the behaviors of the principals, require a particularly willful suspension of disbelief. Nor do Abrams’s corridors of power exude a sense of real-life verisimilitude — they, too, exist to serve her humming machine. But those desirous of perils and surprises will encounter them in abundance. On that score, Abrams has realized what surely was her chief ambition — not to enlighten, but to entertain.
Read Full Review >>
Rave Kate Tuttle,
The Boston Globe
The book is a page-turner, plot-driven in the extreme, and at times terribly entertaining. Abrams is smart about Washington and often amusing about human nature. And she is clear-eyed about America ... sets itself up nicely to be the first in a possible series — we can imagine Avery finding herself in other sticky situations, solving puzzles others can’t begin to tackle. Does it succeed as well on a literary scale? No, but that’s not what a book like this is for. Like watching an episode of Scandal, sipping wine, and snacking on popcorn along with its charismatic lead, Olivia Pope, While Justice Sleeps is meant to keep your brain pleasantly occupied, and at that mission, it succeeds brilliantly.
Read Full Review >>
Positive OLINE H. COGDILL,
The South Florida Sun Sentinel
Abrams doesn’t break any new ground in While Justice Sleeps, but she keeps the story entertaining and the characters fairly believable, although occasionally the writing and plot are a bit dense ... Abrams keeps the plot churning, concentrating on the myriad power plays that go on behind the scenes as she brings in greed, a controversial merger between a biotech and a genetics firm, and self-centered politicians. Those expecting Abrams to skewer only Republicans will be disappointed as she shows fault on both sides of the aisle. Abrams keeps the action in check with the story, making each death matter, even those expected, while using chess moves, intricate puzzles and even the musings of a French philosopher as plot devices.
Read Full Review >>
See All Reviews >>
SIMILAR BOOKS
Fiction

Rabbits
Terry Miles
Rave
What did you think of While Justice Sleeps?
© LitHub | Privacy