Which Side Are You On?: 20th Century American History in 100 Protest Songs 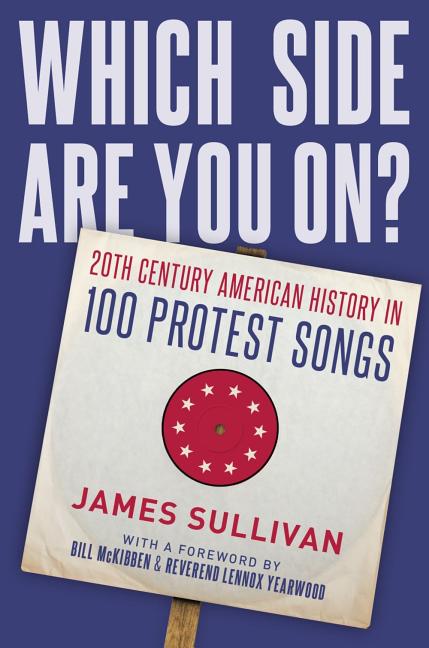 Journalist and author James Sullivan delivers an anecdotal history of the progressive movements that have shaped the growth of the United States through the lens of the songs that have accompanied and defined them.

What The Reviewers Say
Positive Maurice Isserman,
The New York Times Book Review
For a broader consideration of the historical impact of political songwriting and performance, the journalist James Sullivan offers a useful overview ... The subtitle is misleading, for he includes a number of songs from earlier moments in American protest, including an 18th-century women’s rights hymn, 19th-century black freedom songs and a rousing labor anthem ... Nor does Sullivan restrict himself to overtly political music ... There’s more than one way to sing out danger, warning and the love between your brothers and your sisters.
Read Full Review >>
Positive Barry Zaslow,
Library Journal
Treating protest songs thematically, journalist Sullivan...provides rich context for both well-known and more obscure musical contributions to the American experience, from the Civil War to the present, thus exceeding the boundaries of the subtitle ... Sullivan's fluid prose and attention to detail serve him admirably in this engaging title, which should awaken nostalgia in those of a certain age and introduce new generations to these musical catalysts for social change
Read Full Review >>
Positive Joan Curbow,
Booklist
Reading how Aretha Franklin took Otis Redding’s 'Respect' to a new level in the cause of women’s rights is but one highlight in this carefully researched book. An index would have aided greatly, but given the complexity and breadth of musical influences and genres discussed, Sullivan can be forgiven for the omission.
Read Full Review >>
See All Reviews >>
What did you think of Which Side Are You On?: 20th Century American History in 100 Protest Songs?
© LitHub | Privacy