Where We Come From 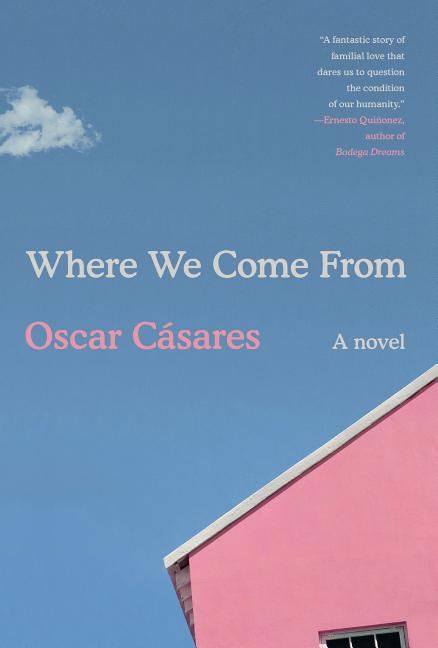 Twelve-year-old Orly is sent to stay with his godmother Nina in Brownsville, Texas after the death of his mother. Meanwhile, Nina is providing refuge for a young immigrant boy named Daniel. Orly's arrival threatens to put them all at risk of exposure. Tackling the crisis of U.S. immigration policy from a human angle, Where We Come From explores how secrets can burden us, and how finding compassion for others can set us free.

What The Reviewers Say
Rave Andrew Dansby,
Houston Chronicle
In Cásares’ hands, the story is a concise and thoughtful meditation on spaces: particularly the idea of home, both ancestral and structural ... The construction of the new book is remarkable for its efficiency. Cásares writes with a leanness evident in a short story, but the thematic content is grand and provocative.
Read Full Review >>
Positive Javier Zamora,
The New York Times
Though some veer close to stereotype, Cásares is to be commended for trying to address the invisibility of what Nina’s brother calls 'the illegal ones,' those who come (as Nina says) 'with no names, no pasts, no futures.' There is an attempt at full humanity — but where the novel succeeds most is in its second half, when we get the full story of 'the other boy' in the pink house ... Cásares beautifully shows us that anyone can become part of a family and that where you come from is 'nothing more than that' — where you come from. It isn’t where your story ends, 'only where it begins.' Instead of being just a border novel or a novel about immigration writ large, it becomes more than that: It’s a novel about the great lengths humans will go to in order to be seen, to be touched, to be loved.
Read Full Review >>
Positive Cory Oldweiler,
amNewYork
It is well-researched, not sensationalized and related with a dispassionate yet tender voice ... This is a bleak story, as the lives of Nina and the two boys become increasingly entangled, though Cásares’ narrative soars near the end, with moments of humane beauty.
Read Full Review >>
See All Reviews >>
SIMILAR BOOKS
Coming Soon

Fellowship Point
Alice Elliott Dark
Rave
What did you think of Where We Come From?
© LitHub | Privacy