What the Fireflies Knew 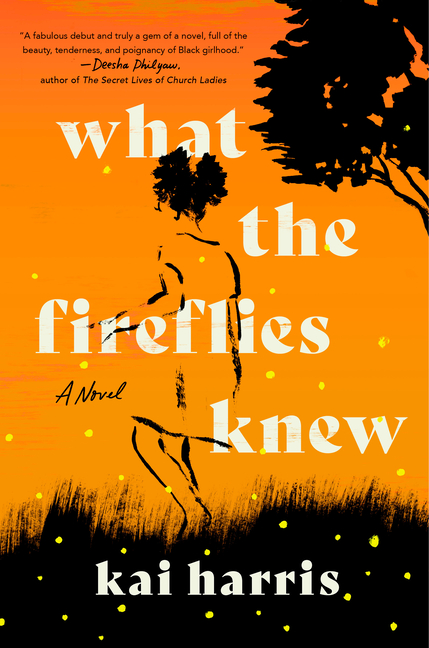 A coming-of-age novel told from the perspective of an eleven-year-old over the course of a single summer, as she tries to make sense of her new life with her estranged grandfather and sister after the death of her father and disappearance of her mother.

What The Reviewers Say
Rave Becky Meloan,
The Washington Post
Debut author Harris wanted to 'show Black girlhood at its best, at its worst, at its most dull and most exciting.' Her coming-of-age novel about a young Black girl during her first summer away from her parents captures precisely that, without being at all dull. Instead, it’s a sensitive, realistic portrait of a 10-year-old trying to understand her world in the wake of her father’s death.
Read Full Review >>
Positive Shruti Swamy,
The New York Times Book Review
... best when its touch is the lightest ... The novel affords a nuanced and painful look at adolescence as KB starts to experience the tricky power — and terrifying vulnerability — of inhabiting a sexualized body; as well as the first stirrings of romantic desire ... At times Harris effectively captures a child’s way of naming intense and contradictory feelings ... At other points, though, KB’s voice feels a little too simple, too innocent, for her intelligence, and for the complicated reality she’s up against. Neither do the family secrets driving the story ever feel quite as vivid as the present moment: two sisters and their grandfather trying to understand their obligations to one another, and a girl engaged in the difficult task of growing up.
Read Full Review >>
Positive ROB MERRILL,
The Associated Press
... poignant ... Kenyatta Bernice, KB for short, is the unique narrator, and for readers like me (full disclosure, again: I’m a 50-year-old white male) her voice takes a little getting used to ... There’s no need to sketch the plot any further, just to say that Harris has indeed captured what I think is a believable adolescent girl’s voice ... It’s all that figuring that makes the book worth reading. It’s not an easy read, by any means — there’s racism, sexual assault, drug use — but it feels authentic, and does what good fiction does: take readers on a journey they otherwise wouldn’t travel.
Read Full Review >>
See All Reviews >>
SIMILAR BOOKS
Coming Soon

Fellowship Point
Alice Elliott Dark
Rave
What did you think of What the Fireflies Knew?
© LitHub | Privacy