What Belongs to You 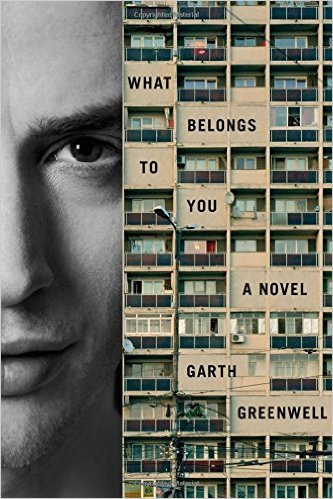 The life of an American expat living in Bulgaria intersects repeatedly with that of a young gay hustler in this debut novel from Greenwell.

What The Reviewers Say
Rave Dwight Garner,
The New York Times
Mr. Greenwell writes long sentences, pinned at the joints by semicolons, that push forward like confidently searching vines. There’s suppleness and mastery in his voice. He seems to have an inborn ability to cast a spell.
Read Full Review >>
Rave James Wood,
The New Yorker
“What Belongs to You is fairly explicitly about shame, punishment, and disgust, among other things. What is unusual is not the presence of these themes but the book’s complicated embrace of 'foulness,' and a barely suppressed longing for punishment, a longing embodied in the narrator’s relationship with Mitko. Greenwell’s novel impresses for many reasons, not least of which is how perfectly it fulfills its intentions.
Read Full Review >>
Rave Damon Galgut,
The Nation
Stylistically, Greenwell owes more to Sebald than to Nabokov; his long, meditative sentences, which often veer aside into a seemingly unrelated observations, are powered by reflection rather than feeling. One of the great pleasures of his prose is how profoundly thoughtful it is, even when considering physical needs and passions.
Read Full Review >>
See All Reviews >>
SIMILAR BOOKS
Fiction

Mona at Sea
Elizabeth Gonzalez James
Positive
What did you think of What Belongs to You?
© LitHub | Privacy