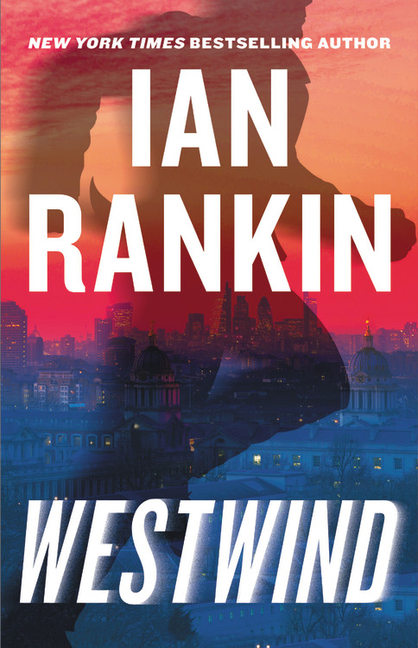 The acclaimed Scottish crime writer re-releases his first novel, first published in 1990, in which the United States is pulling troops out of Europe in a tide of isolationism and Britain is torn about its loyalties. Meanwhile a space shuttle crashes on landing, killing all but one of the crew on board: A British citizen named Mike Dreyfuss, who will become vilified by the U.S. press and protesters.

What The Reviewers Say
Positive Ray Palen,
Bookreporter
Westwind is a well-done tale of espionage that harks back to the days of Agent 007 and MI6. In this situation, we are introduced to agents from both Europe and the U.S., making for a true global conflict ... well worth the 30-year timespan it has taken for most readers to discover it. Thankfully, it has not lost any tarnish in translation and can stand up to nearly any spy game or espionage thriller currently on the market. While reading anything from Rankin will always remind me of the stunningly complex John Rebus, it was a welcome diversion to spend some time with a few of his early creations in a work that ended up being an enjoyable, solid read.
Read Full Review >>
Positive Kirkus
Picking out the leading malefactors from a cast that includes military officers, career diplomats, agents of the American and British secret services, and the odd professional assassin who all look equally untrustworthy is less rewarding than uncovering the deep-laid and remarkably simple plan behind all the shenanigans. A bonus in this new edition is Rankin’s refreshingly candid Introduction, which emphasizes the vicissitudes of his early career in a way that will either inspire wannabe writers or lead them to despair. A fast-paced blast from the past…and (who knows?) maybe the immediate future as well.
Read Full Review >>
Pan Publishers Weekly
Decent prose doesn’t compensate for poor plotting. In a preface, Rankin admits the novel had problems, but finds some resonance with current events. That’s a thin and unconvincing justification for this reissue, which does the author’s reputation no favors. This one’s strictly for Rankin completists.
Read Full Review >>
See All Reviews >>
SIMILAR BOOKS
Fiction

The Preserve
Ariel S Winter
Positive
What did you think of Westwind?
© LitHub | Privacy