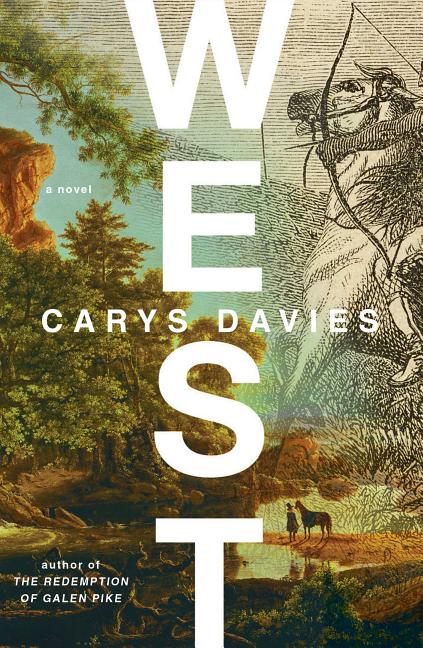 When widowed mule breeder Cy Bellman reads in the newspaper that colossal ancient bones have been discovered in the salty Kentucky mud, he sets out from his small Pennsylvania farm to see for himself if the rumors are true: that the giant monsters are still alive and roam the uncharted wilderness beyond the Mississippi River. Promising to write and to return in two years, he leaves behind his only daughter, Bess, to the tender mercies of his taciturn sister and heads west.

What The Reviewers Say
Rave Andrew Holgate,
The Times (UK)
...one of the most haunting and beautifully crafted novels I have read in a long time ... Some readers might find the premise of the novel (Bellman’s search for monsters) difficult to navigate, and just too quixotic. But, once you accept it, the novel blossoms. Davies, as she showed in her previous books, is immensely generous towards her characters — a gift of empathy that is hard to resist. She is comfortable, too, inhabiting different voices, and is subtle and rounded in her characterisation ... There is something of the fairy tale about Davies’s book. And like the best fairy tales, it is filled with wonder, about the natural world, and about humans and their impractical dreams. Davies has produced something quite wonderful in West. This is a gently seductive book, one that entrances right to its cleverly conceived end.
Read Full Review >>
Rave Emily Donaldson,
The Toronto Star
As Cy stumbles westward, oblivious to the futility of his quest, such is Davies’ command of her material that she makes of him not merely an object of comedy, or pity, but of empathy ... A multi-faceted gem of a book, West taps the spirit of the great quest novels of Twain, Melville, Cervantes, but with a gentle feminist twist and a fraction of the page count.
Read Full Review >>
Rave Suzie Eckl,
The Washington Independent Review of Books
Davies’ background in short-story writing is evident. This recent Frank O’Connor Short Story Award-winner has a succinct, precise, and even lyrical style of writing. At 149 pages, this is a book you could read in an afternoon. But you won’t want to. Davies’ prose is something you’ll want to savor ... I believe that Davies has achieved something striking in this small volume: As Frederick Jackson Turner viewed American history through the lens of the frontier, she has examined the power — and perhaps failure — of storytelling through the lens of the American West.
Read Full Review >>
See All Reviews >>
SIMILAR BOOKS
Fiction

Atomic Anna
Rachel Barenbaum
Rave
What did you think of West?
© LitHub | Privacy