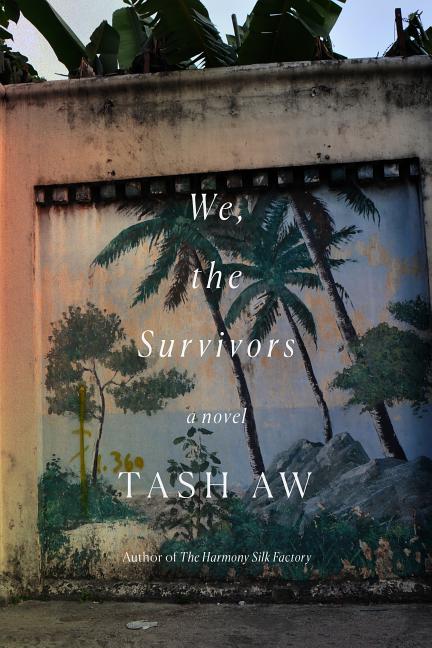 Ah Hock is an ordinary man of simple means. Born and raised in a Malaysian fishing village, he favors stability above all, a preference at odds with his rapidly modernizing surroundings. So what brings him to kill a man? This question leads a young, privileged journalist to Ah Hock’s door, where his vivid confession unfurls over extensive interviews. The process forces both the speaker and his listener to reckon with systems of power, race, and class in a place where success is promised to all yet delivered only to its lucky heirs.

What The Reviewers Say
Rave Bob Duffy,
Washington Independent Review of Books
Ah Hok’s story winds through an unnerving sequence of disastrous and unwished-for reversals of fortune, including a stint in prison. His deadpan recital is honest and recounted without rancor. At the same time, it’s vividly evocative, and we invest wholeheartedly not just in the momentum of the tale, but in the ill-fated teller, as well. That’s to the credit of author Tash Aw, a Malaysian expat writing in English. In We, the Survivors, his fourth novel, he indicts the inbred order of his birthplace, giving us a compelling social-problem novel in the naturalistic tradition. But as his book takes aim at the rampant dislocations that class exploitation has wrought on Malaysian society, he also gives us a lead character whom we like and want to believe in, even as we perceive his self-delusion ... [a] richly rewarding novel.
Read Full Review >>
Positive Hannah Beech,
The New York Times Book Review
[Aw's] His Asia is neither sentimental nor a stereotype ... Aw is a precise stylist; with a few, lean images, he evokes a country on the cusp of change ... But at times the novel feels like a morality tale in which the message is more finely honed than the characters themselves. The migrants, toiling in construction sites or starving in human-smuggling camps, are not given full shape. Even Ah Hock is a mystery ... Perhaps, though, that is the point ... The laborers who built modern Malaysia, Aw reminds us, are destined for obscurity, each layer of cement and heavy load they carry crushing who they really are.
Read Full Review >>
Positive Lily Meyer,
NPR
That oral history, often punctured by Ah Hock and Su-Min's interactions, forms the bulk of We, the Survivors, a conceit that is the novel's only flaw ... Ah Hock is an excellent protagonist, among the best I've encountered in years. He's lovable and empathy-stirring, and his mix of remorse, acceptance, and hope is profoundly moving. Reading him is a pleasure, as is reading Aw's prose. Aw is a beautiful writer who — this is rare — excels at switching beauty off, or dimming it almost to nothing. When Ah Hock describes his childhood home or the tilapia farm he managed before the murder, Aw's language becomes lush and lovely, standing in stark contrast to the rough, brusque phrasing he uses when Ah Hock describes the abuse of refugee and migrant laborers that he saw often as a young man. This kind of modulation is unusual, and very powerful. It gives the novel a raw, immediate feeling, as if Ah Hock's past were pressing at the edges of his present ... But Aw too often releases that pressure by turning from Ah Hock to Su-Min ... A corollary issue in We, the Survivors is that Aw seems barely more interested in crime than Su-Min is. Though the novel theoretically builds to the explanation of Ah Hock's crime, its true energy comes from his reflections on his life ... Aw's explorations of structural injustice would have been perfectly clear — and perhaps even sharper — if relayed only through Ah Hock, and his narrative would be more powerful without the interruptions. Often as I read, I found myself wondering why Su-Min was there.
Read Full Review >>
See All Reviews >>
SIMILAR BOOKS
Fiction

The Hare
Melanie Finn
Positive
What did you think of We, the Survivors?
© LitHub | Privacy