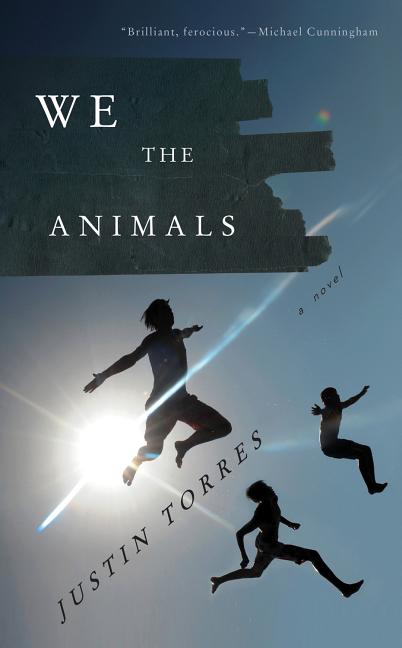 A debut novel that explores a close, complicated family and the struggle between brotherhood and becoming an individual.

What The Reviewers Say
Rave Jeff Turrentine,
The Washington Post
It’s rare to come across a young writer with a voice whose uniqueness, power and resonance are evident from the very first page, or even the very first paragraph ... a slender, tightly wound debut novel by a remarkable young talent ... readers, even those who don’t go on to love everything about the book, will have little choice but to conclude that they are hearing something new, something strong and something very self-assured ... Without the benefit of a plot’s forward momentum, Torres must ask his prose and characterization to do the heavy lifting. He has a special talent for instilling banal events with epic import ... Justin Torres is a tremendously gifted writer whose highly personal voice should excite us in much the same way that Raymond Carver’s or Jeffrey Eugenides’s voice did when we first heard it.
Read Full Review >>
Rave Joseph Salvatore,
The New York Times Sunday Book Review
...a strobe light of a story, its flash set on slow, producing before our eyes lurid and poetic snapshots ... Like Fitzgerald’s Nick Carraway...Torres’s sensitive and hyperobservant narrator...claims to be 'both inside and outside,' relating this coming-­of-­age story in a spare and impressionistic style that lasts nearly to the very end, when the strobe light’s pace suddenly quickens and careens us, headlong and a bit jarringly, into unexpected betrayal and rupture. Revealing secrets and changing lives at the end of a story serves an author — and reader — best when we get a little more setup than Torres has offered. But this critique actually speaks to my own hunger and want. I want more of Torres’s haunting, word-torn world — not less.
Read Full Review >>
Positive Charles Isherwood,
The New York Times Book Review
...a slender but affecting debut novel ... the kind of sensitive, carefully wrought autobiographical first novel that may soon be extinct from the mainstream publishing world ... Telling incidents are described in simple language that occasionally rises to a keening lyricism ... The scenes have the jumbled feel of homemade movies spliced together a little haphazardly, echoing the way memory works ... From the patchwork emerges a narrative of emotional maturing and sexual awakening that is in many ways familiar (no prizes for guessing the nature of the sexual awakening in question) but is freshened by the ethnicity of the characters and their background, and the blunt economy of Mr. Torres’s writing, lit up by sudden flashes of pained insight ... He does not always avoid the kind of overly cultivated eloquence that announces a writer staking his claim for literary achievement.
Read Full Review >>
See All Reviews >>
What did you think of We the Animals?
© LitHub | Privacy