War in 140 Characters: How Social Media Is Reshaping Conflict in the Twenty-First Century 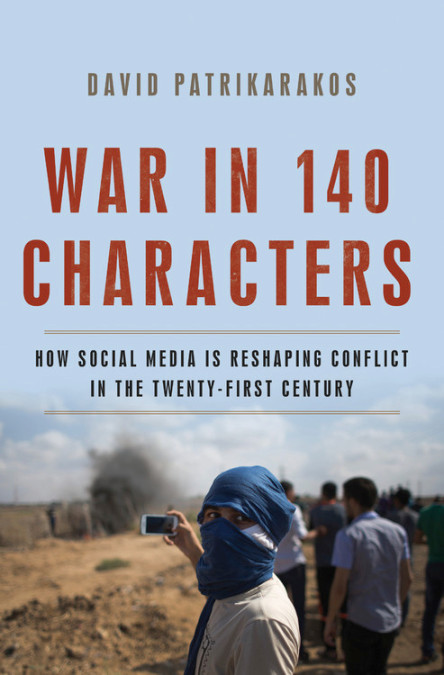 Drawing on his war reporting experiences in Ukraine, journalist David Patrikarakos explores how social media has changed the way the world fights and consumes war – what it means for the future.

What The Reviewers Say
Rave Matti Friedman,
The Washington Post
The revolutionary digital landscape then in gestation, and now in full swing, is the subject of an important and accessible new book by journalist David Patrikarakos... Reporting on the war between Russia and Ukraine from that city, he found that Twitter knew things long before traditional media did... The actual military moves seemed less important than the stories both sides were spinning online ... Elsewhere in the Middle East, the author recounts how the tech-savvy militants of the Islamic State rose from the ashes of Iraq in tandem with the rise of YouTube and Twitter ... Patrikarakos has performed a service by giving readers a relatable, even enjoyable, introduction to the way the battlefield has moved onto our phones and laptops, and from there directly into our brains ...a necessary read for everyone affected by this baffling state of affairs — that is, everyone.
Read Full Review >>
Positive Hannah Kuchler,
The Financial Times
In War in 140 Characters: How Social Media is Reshaping Conflict in the Twenty-First Century, journalist David Patrikarakos meets the people behind these influential social media accounts, building dramatic narratives that show the power of what he calls 'Homo digitalis,' the online individual ...argues convincingly that individuals using social media can be more powerful than institutions ...a fascinating tour of how social media is being used in conflict the world over, from the propaganda and recruiting frequently covered in the press, to how informal groups are gathering to fact-check claims online ...he lacks a deep understanding of how platforms such as Facebook and Twitter work...filled with fantastic on-the-ground reporting on how social media is changing war.
Read Full Review >>
Positive L. Gordon Crovitz,
The Wall Street Journal
Mr. Patrikarakos’s War in 140 Characters details a new kind of conflict that puts traditional military dominance at risk by weaponizing social media in ways that Silicon Valley’s digital optimists never imagined ...the wars he was covering in the Middle East and Ukraine were fought through social media as much as through physical warfare ...book offers vivid profiles of individuals on both sides of the online battlefield ... Mr. Patrikarakos doubts that Western governments alone can counter the disinformation on social media and proposes a network of hundreds of digital activists... Without an equal and opposite deployment of social media, Mr. Patrikarakos warns, the West 'will continue to lose the narrative war.'
Read Full Review >>
See All Reviews >>
What did you think of War in 140 Characters: How Social Media Is Reshaping Conflict in the Twenty-First Century?
© LitHub | Privacy