Wade in the Water 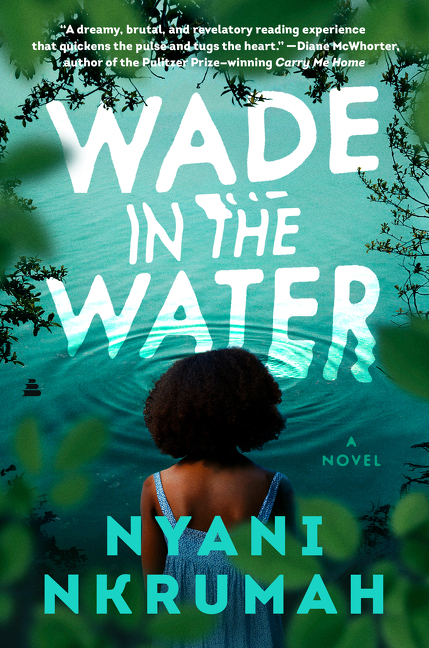 Set in 1982, in rural, racially divided Ricksville, Mississippi Wade in the Water tells the story of Ella, a black, unloved, precocious eleven-year-old, and Ms. St. James, a mysterious white woman from Princeton who appears in Ella's community to carry out some research. Soon, Ms. St. James befriends Ella, who is willing to risk everything to keep her new friend in a town that does not want her there. The relationship between Ella and Ms. St. James, at times loving and funny and other times tense and cautious, becomes more fraught and complex as Ella unwittingly pushes at Ms. St. James's carefully constructed boundaries that guard a complicated past, and dangerous secrets that could have devastating consequences.

What The Reviewers Say
Mixed Alyssa Cole,
The New York Times Book Review
Ambitious ... The novel works best as a bildungsroman, with Nkrumah elevating a young girl’s struggles with intense colorism, the traumas of abuse and betrayal and her eventual ability to love herself. However, as an exploration of racial strife in the American South, the novel has its shortcomings. There is a heavy-handed epistolary subplot detailing a young white girl’s induction into white supremacy, and issues that require a modicum of closure for the reader...aren’t adequately addressed by the denouement or accounted for by Ella’s personal growth ... While this book does touch on important topics, like colorism in the Black community, as well as the parasitic nature of white supremacy, the novel doesn’t quite carry the load of the heavier elements in the story.
Read Full Review >>
Positive Leah Tyler,
The Atlanta Journal Constitution
Nkrumah has woven together a tragic tale — yet one not lacking humor or hope — about two people seeking to triumph over circumstances beyond their control ... Where is the humor and hope in this world bubbling with mistreatment and injustice? That would be Ella. She’s a ray of sunshine determined to bust through the murkiness that surrounds her, a fighter who clings to God’s promises and refuses to accept she’s invaluable. She is a marvel and an inspiration.
Read Full Review >>
Positive Faye A. Chadwell,
Library Journal
With expert character development, Nkrumah gives memorable voice to a young woman struggling to overcome familial abuse and find her way in the world. A strength of this novel is how sharply different Katherine’s portrayal is compared with white characters in novels like Kathryn Stockett’s The Help.
Read Full Review >>
See All Reviews >>
SIMILAR BOOKS
Coming Soon

Victory City
Salman Rushdie
Rave
What did you think of Wade in the Water?
© LitHub | Privacy