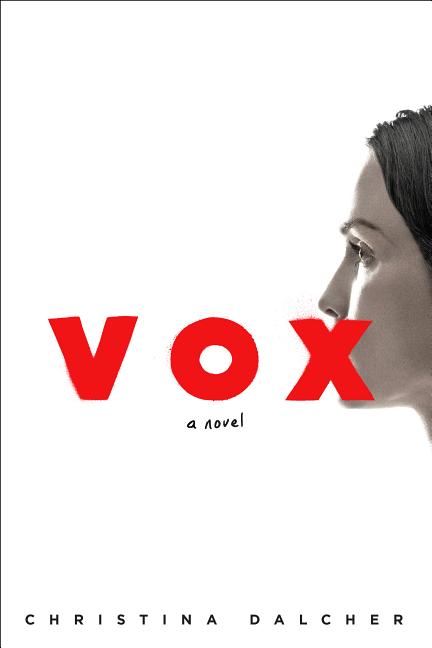 Set in a United States in which half the population has been silenced, Vox is the story of what one woman will do to protect herself and her daughter.

What The Reviewers Say
Positive Kristine Huntley,
Booklist
...[a] chilling dystopian tale ... With its focus on the vitality of communication and human interactions, Dalcher’s tale is a fresh and terrifying contribution to the burgeoning subgenre about women-focused dystopias spearheaded by Margaret Atwood’s The Handmaid’s Tale.
Read Full Review >>
Mixed Ron Charles,
The Washington Post
When does a publishing trend give voice to our anxieties, and when does it merely exploit those anxieties? ... That’s the uncomfortable question I kept asking myself as I read Christina Dalcher’s Vox, the latest novel to give us a fully inflated misogynist nightmare ... Unfortunately, the novel’s most interesting ideas are quickly muzzled. Almost as soon as Vox pivots from exposition to action, it loses its edge. It shifts from a sharp work of feminist speculative fiction to a frothy thriller ... Vox never plumbs the depths of its clever foundation.
Read Full Review >>
Mixed Carrie O'Grady,
The Guardian
Christina Dalcher’s Vox is the latest in a rush of feminist speculative novels, and like most of them begins at the terrifying end of the spectrum ... At the two-thirds mark, Vox morphs from a glum prophecy into a Hollywood-style thriller ... the whole novel beggars belief, and maybe that’s the point ... If Dalcher wants to scare people into waking up, she would do better to send them back to the history books, rather than forward into an overblown, hastily imagined future.
Read Full Review >>
See All Reviews >>
SIMILAR BOOKS
Fantasy

40
Alan Heathcock
Positive
What did you think of Vox?
© LitHub | Privacy