Voices from Chernobyl: The Oral History of a Nuclear Disaster 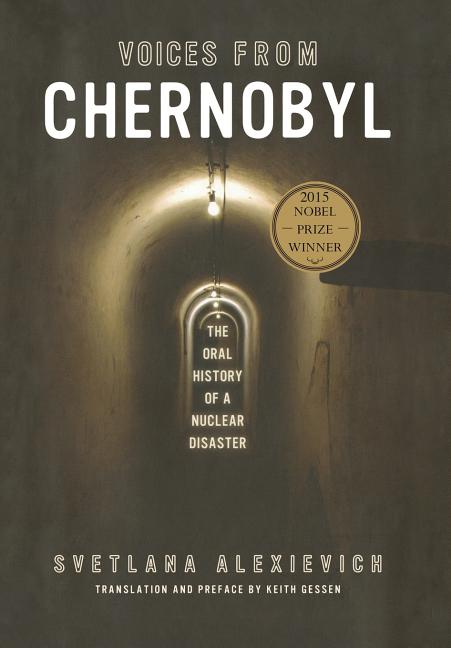 In this compendium collected by the Nobel Prize-winning journalist and historian, survivors share their accounts of what happened to the people of Belarus after the nuclear reactor accident in 1986, and the fear, anger, and uncertainty that they still live with.

What The Reviewers Say
Rave Andrew Meier,
The Nation
Svetlana Alexievich’s remarkable book...is a peerless collection of testimony. The text is well translated by Keith Gessen ... Alexievich has not merely given us a work of documentation but of excavation, of revealed meaning. It is hard to imagine how anyone in the West will read these cantos of loss and not feel a sense of communion, of a shared humanity in the face of this horror ... The stories collected here are not only haunting but illuminating.
Read Full Review >>
Rave Nicholas Lezard,
The Guardian
A true history of [Russia's] people need be no more than the howls of despair of millions of voices, punctuated by moments of incredible tenderness, courage and grim humor. Which is more or less the Belarusian writer Svetlana Alexievich’s technique ... The description...was so harrowing that I wondered if I would be able to proceed ... This is what pulls you through the book: the iterations of wisdom and bravery from its speakers ... Alexievich’s documentary approach makes the experiences vivid, sometimes almost unbearably so—but it’s a remarkably democratic way of constructing a book.
Read Full Review >>
Positive Nicholas Confessore,
The New York Times Book Review
Seen through the eyes of those who lived through it, real-life Chernobyl begins to seem like a nightmare, with feral cats who hunt humans in packs and children born missing fingers—or worse. Grim and grotesque, the stories accrete across the pages like the radionuclides lodged in the bodies of those who survived.
Read Full Review >>
See All Reviews >>
What did you think of Voices from Chernobyl: The Oral History of a Nuclear Disaster?
© LitHub | Privacy