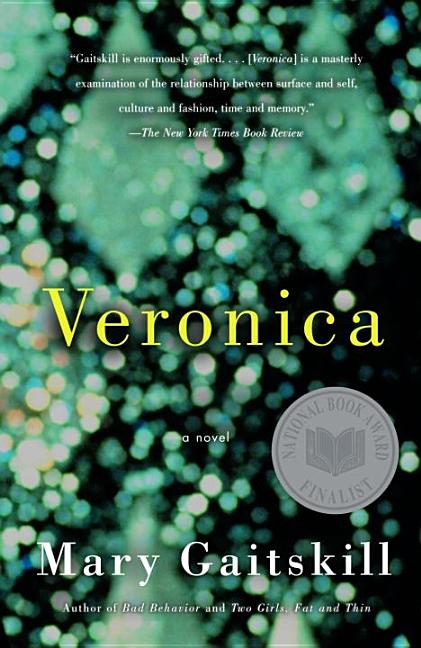 Alison and Veronica meet amid the nocturnal glamour of 1980s New York: one is a former modeling sensation, stumbling away from the wreck of her career, the other an eccentric middle-aged proofreader. Over the next twenty years their friendship will encompass narcissism and tenderness, exploitation and self-sacrifice, love and mortality.

What The Reviewers Say
Rave Julie Hale,
Book Page
...a heady, hallucinatory narrative—another walk on the wild side from a writer who has never shied from tackling potentially contentious topics ... The narrative spans only a single day, but it covers a great deal of ground, moving in and out of the present as the 46-year-old Allison looks back on her life ... Gaitskill’s lively portrayal of the carefree ’70s and affluent ’80s, her superlative powers of description and delicate handling of sensitive topic matter have resulted in a profound narrative about beauty and mortality, loss and redemption.
Read Full Review >>
Positive Meghan O\\\'Rourke,
The New York Times
...something of a departure from her usual taut style. A rumination on the relationship between beauty and cruelty, it moves around disorientingly in time, as if to mimic the emotional distress of its narrator, Alison ... Much of Veronica dissects, in an almost Proustian manner, the obsessive pursuit of a way of feeling ... Gaitskill is enormously gifted at depicting youthful impatience and the dangerous, febrile sensuality that accompanies it, and throughout the book are passages of plainly spectacular beauty ... Though it is full of meditative wisdom, Veronica begins slowly and laboriously, taking a while to find its footing. Its structure is ungainly. Some of the flights of prose seem overwrought ... Her prose has a perfumed clarity. She tacks against the upright dichotomies of our historical moment -- dichotomies that shape how we think and who we are but are often more contingent than we know.
Read Full Review >>
Positive John Davidson,
Pop Matters
...Gaitskill is an author of interiors. When you visualize her characters, you invariably imagine them locked within the confines of four walls. Often they find themselves revealed -- if not to each other, then at least to themselves -- in cramped apartments or seedy motels, in desensitized workspaces or within the claustrophobic confines of automobiles ... For all the myriad pleasures the novel holds -- and there are many, from the obvious beauty of language (in its lyricism, it occasionally recalls the work of Denis Johnson), to its brave experiments with structure and form -- the weakest aspect of the book is, surprisingly, the unlikely friendship around which it is built ... An intensely lyrical and poetic work, full of rich turns of phrase and brilliant, vivid metaphor.
Read Full Review >>
See All Reviews >>
SIMILAR BOOKS
Fiction

Aesthetica
Allie Rowbottom
Positive
What did you think of Veronica?
© LitHub | Privacy