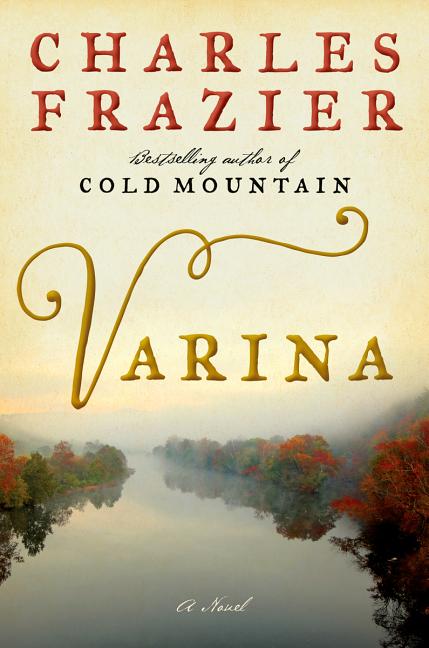 A novel set during and decades after the Civil War, from the author of Cold Mountain. Her marriage prospects limited, teenage Varina Howell agrees to wed the much-older widower Jefferson Davis, with whom she expects the secure life of a Mississippi landowner. Davis instead pursues a career in politics and is eventually appointed president of the Confederacy, placing Varina at the white-hot center of one of the darkest moments in American history.

What The Reviewers Say
Positive Brenda Wineapple,
The New York Times Book Review
To narrate the travails of this Mississippi-born Confederate mistress in 2018 is far from easy, so Frazier leaps what might have been an insurmountable narrative hurdle with a widower named James Blake. A middle-aged black man, he calls on Varina Davis just a few months before her death ... As the novel’s moral center, James Blake presumably allows the reader to admire this complex woman or at least hope that her empathetic imagination may not be as deficient as, say, that of her husband ... James Blake is thus heavily tasked as the black man come to instruct as well as to learn ...The flight of Varina and her motley caravan from Richmond is beautifully rendered ... Beautifully rendered, too, is Frazier’s chronicle of Varina’s youth ... Blake ... a didactic interlocutor — more catalyst than realized human being, more reflector than protagonist — does not and likely cannot counterbalance the empire of slavery Varina represents. Still, thanks to Frazier’s delicate ventriloquism, Varina Davis becomes a marvelously fallible character, complicated enough to stand on her compromised own.
Read Full Review >>
Rave Mary Doria Russell,
The Washington Post
Frazier’s historical research generally sits lightly on the story, almost always embedded gracefully in dialogue, a small telling incident or a sharp memory of kindness or brutality. His prose is both of the characters’ time and perfectly evocative ... This novel has much to offer those of us who are living through what Carl Bernstein has taken to calling a 'cold civil war,' but in the end it is a finely wrought novel that will reward rereading. Elegiac without being exculpatory, it is an indictment of complicity without ignoring the historic complexity of the great evil at the core of American history.
Read Full Review >>
Positive Sarah Johnson,
Booklist
Frazier crafts haunting scenes of her and her children’s flight from Richmond via wagon through the devastated South and her morphine-hazed, funereal view of her husband’s rain-soaked inauguration. Intelligent, outspoken, and clear-sighted but yoked to an intransigent man, the real Varina sometimes feels elusive ... In her conversations with James, she proclaims 'the right side won' yet seems unable to fully grasp slavery’s ramifications. This powerful realization of its time also has significant meaning for ours.
Read Full Review >>
See All Reviews >>
SIMILAR BOOKS
Fiction

Theatre of Marvels
Lianne Dillsworth
Positive
What did you think of Varina?
© LitHub | Privacy