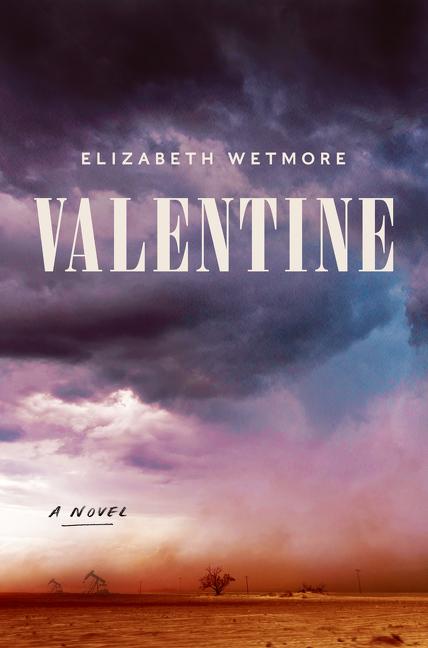 In the early hours of the morning after Valentine’s Day, fourteen-year-old Gloria Ramírez appears on the front porch of Mary Rose Whitehead’s ranch house, broken and barely alive. The teenager had been viciously attacked in a nearby oil field—an act of brutality that is tried in the churches and barrooms of Odessa before it can reach a court of law. When justice is evasive, the stage is set for a showdown with potentially devastating consequences.

What The Reviewers Say
Rave Ron Charles,
The Washington Post
... a novel that serpentines around our expectations ... This is the story of their lives in a backwater oil town in the mid-1970s, which Wetmore seems to know with empathy so deep it aches ... If these chapters weren’t so carefully wrought and emotionally compelling, they might feel like mere distractions from the prosecution of Gloria’s attacker ... Several of these chapters are masterful short stories in their own right, but Wetmore knits them together with increasing intensity ... Wetmore has written something thrilling and thoughtful. Don’t let the launch of this novelist’s career be drowned out. Someday book clubs will meet again, and this would be a rousing choice.
Read Full Review >>
Rave Wendy Smith,
The Boston Globe
Valentine is an angry novel, a blast of feminist outrage against a toxic culture that breeds racism and violence against women. The narrative hurtles forward with urgency of a thriller, and it emulates the darkest spy fiction by making it painfully apparent that the good guys are at least as likely as the bad guys to be punished. Elizabeth Wetmore’s mingled love and fury for her native West Texas electrifies her prose; despite its grim subject matter, her first novel is exhilarating to read, because the characters are so alive, the drama that engages them so compelling ... interconnected stories play out against the backdrop of a harsh, lonely land lovingly evoked by Wetmore ... She’s not painting a pretty picture here, but it’s palpably real, and her characters’ grit and resilience infuse the novel with a spirit of hard-won resolution ... a gripping, galvanizing tale from a strong new voice in American fiction.
Read Full Review >>
Rave Kathleen Rooney,
Chicago Tribune
... gripping and complex ... Wetmore evokes that landscape’s rugged isolation as well as the power that terrain holds over its inhabitants ... Each of these women is up against inequalities and injustices, and Wetmore treats their struggles with the gravitas they deserve. But so too is her narration lively and comic, interjecting her characters’ perspectives with humor that serves to underscore their anger and sadness ... Wetmore’s delight in language enlivens every page. Her similes would give Raymond Chandler a run for his money ... Wetmore delivers not merely a condemnation of one unusually bad man, but rather a scalding critique of a racist, patriarchal and capitalist system that excuses male rapaciousness and greed at the expense of women, immigrants and the planet itself ... With its deeply realized characters, moral intricacy, brilliant writing and a page-turning plot, Valentine rewards its readers’ generosity with innumerable good things in glorious abundance.
Read Full Review >>
See All Reviews >>
SIMILAR BOOKS
Fiction

All the Broken Places
John Boyne
Mixed
What did you think of Valentine?
© LitHub | Privacy