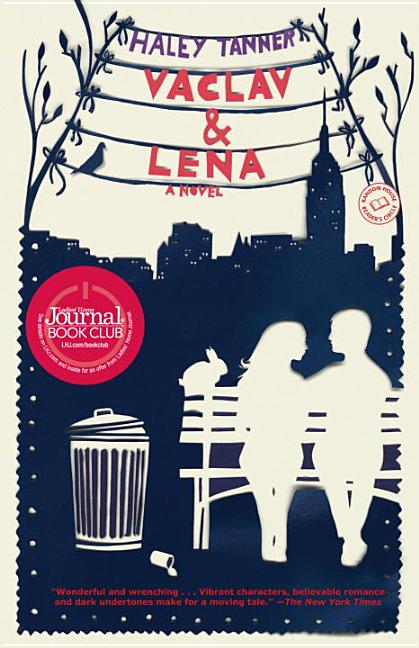 Vaclav and Lena meet as children in ESL class in Brighton Beach, Brooklyn. Vaclav is precocious and verbal, while Lena, struggling with English, takes comfort in the safety of his adoration, his noisy, loving home, and the care of Rasia, his big-hearted mother. But one day, Lena does not show up for school; for the next seven years, Vaclav says goodnight to Lena without fail, wondering if she is doing the same somewhere. On the eve of Lena’s seventeenth birthday, he finds out.

What The Reviewers Say
Rave Saima S. Hussain,
Dawn (PAK)
It’s hard to believe that this is Haley Tanner’s first novel. The ease with which she grabs the reader’s attention right from the get-go, right from the dedication in fact, is rarely the stuff of young debut authors ... Emotions rule this novel, but in a good way. There were many times when the emotions expressed proved so overwhelming that one simply had to close the book and push it away for a while ... A certain feeling of dread never quite leaves the reader, who turns each new page with the fear that something enormously tragic is about to happen to poor Lena.
Read Full Review >>
Positive SUSANNAH MEADOWS,
The New York Times
Whimsical love stories are tough to pull off. But as in the film Eternal Sunshine of the Spotless Mind, vibrant characters, believable romance and dark undertones make for a moving tale. The book’s contrast between childhood fantasy and the grim world outside tamps down the cutesiness. It helps that Ms. Tanner is such a strong storyteller, and her distinctive voice — winsome without being dopey — engulfs you immediately ... There are two love stories in this book: the one between the boy and the girl, and the one between the mother and the son. Each relationship jostles for space in a crowded Brighton Beach apartment ... Ms. Tanner reserves the abracadabra for Vaclav’s routines. She shows what love can do and also what it cannot.
Read Full Review >>
Positive DIANE LEACH,
Pop Matters
Tanner writes in third person, in the fractured language of a Russian coming to English as a second language. In a lesser writer’s hands, this tactic would be profoundly annoying, but Tanner ably utilizes the narrative to illuminate her characters ... If Tanner falls down anywhere, it's in her rendition of Vaclav, who is almost too good to be true ... Lena is far and away the book’s most complex character, the axis which everyone else spins round ... If Vaclav and Lena doesn’t bowl you over with depth and complexity, it will win you over with the purity of its intent, its evocation of what for many readers is a foreign milieu, and its fervent belief in the possibility of happy endings.
Read Full Review >>
See All Reviews >>
SIMILAR BOOKS
Fiction