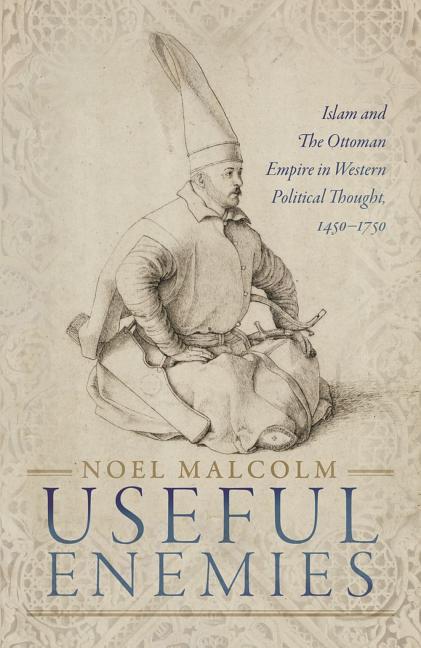 Examining the works of many famous thinkers, Useful Enemies illuminates the long-term development of Western ideas about the Ottomans, and about Islam. Noel Malcolm shows how these ideas became intertwined with internal Western debates about power, religion, society, and war. Discussions of Islam and the Ottoman Empire were thus bound up with mainstream thinking in the West on a wide range of important topics. These Eastern enemies were not just there to be denounced. They were there to be made use of, in arguments which contributed significantly to the development of Western political thought.

What The Reviewers Say
Mixed Jeffrey Collins,
The Wall Street Journal
[Malcolm's] latest study offers a definitive account of Christendom’s tortured and often paradoxical interactions with its Islamic neighbor and rival ... Useful Enemies is not a history of the Ottomans, still less of early modern Islam. Mr. Malcolm offers instead a 'study of Western political thinking' about both. He is interested in how Western thinkers portrayed, resisted and emulated the Ottoman Empire from the late Middle Ages through the early Enlightenment ... Mr. Malcolm’s approach can lead to frustrations. Much of what he records amounts to a welter of stereotypes, and only rarely does he pause to correct the misinformation purveyed by the ill-informed Western commentators who are his primary sources. Readers must grope somewhat blindly around the subject at the center of all the attention—the Ottomans themselves—and tease out knowledge of them from untrustworthy reports... That Useful Enemies succeeds even so testifies to the extent of Europe’s fascination with Ottoman power.
Read Full Review >>
Rave Rowan Williams,
The New Statesman
Noel Malcolm’s brilliant study looks at a period not wholly unlike the Cold War ... But his interest, as he states clearly in his introduction, is not so much in the details of diplomatic relations (though the book is a splendid guide to much of this history), nor in the actual development of social and political institutions in the Ottoman world. The focus is on the ways in which Western thinkers used what they knew about Islam and the Levantine world to make points to their own European readership ... The book’s importance is thus not only to do with its nuanced account of the varieties of western European responses to Islam – though this is valuable enough ... It is also about how Europe has thought through – and often failed to think through – its own political identities ... [Malcolm's] most important contribution is to help us think again about the clichés we still recycle that presuppose a radical ideological incompatibility between an innately pre-modern Islam and a timelessly liberal or pluralist West.
Read Full Review >>
Rave Tim Smith-Laing,
The Telegraph
It is a striking thought that, more than half a millennium after the fall of Constantinople, a scaremongering vision of 'the Turk' still haunts the political unconscious of Europe ... Though Noel Malcolm’s superb Useful Enemies is not a book about present-day politics, one of its triumphs is to show just how long a history such ideas have ... This is a potentially polarising topic, ripe for ill-informed claims and tendentious commentary. Malcolm is one of the handful of people capable of taking it on with scholarly rigour and clarity ... this is a deeply illuminating, fascinating book ... Malcolm vividly illustrates the persistent fashion in which the Ottoman Empire (oft-conflated with Islam) was employed to define so much in European political thought ... Anyone who wants to understand how we got to where we are today should read this book.
Read Full Review >>
See All Reviews >>
What did you think of Useful Enemies: Islam and The Ottoman Empire in Western Political Thought, 1450-1750?
© LitHub | Privacy