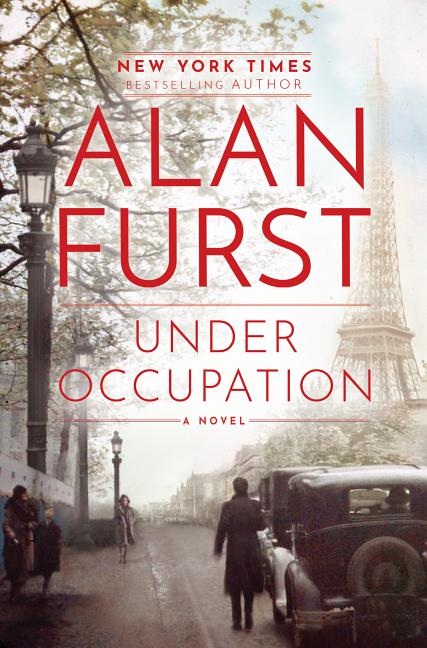 A French writer is drawn in to working in the resistance as a spy against the Reich, and is charged with getting the information from the Polish prisoners to the Allied forces. Alongside him in the fight against Germany is a mysterious Turkish woman who is in the contract espionage business.

What The Reviewers Say
Rave Bill Ott,
Booklist
... gripping ... Many of Furst’s signature themes are in full flower here—wartime love affairs (warm bodies beneath cold covers as Klaxons blare on dark streets) and character interactions as brief as they are indelible—but this time the special treat is the vivid detailing of Resistance operatives at work, well-oiled tradecraft blending seamlessly into everyday activities.
Read Full Review >>
Positive The Real Book Spy
... [a] solid thriller that [is] just fine, if not a tad underwhelming ... lat characters and too many random coincidences, even for a thriller—that doesn’t necessarily ruin the story, but that certainly does take away from it. Furst manages to flesh out Paul pretty well, but the secondary characters are forgettable and bland. On the plus side, the pacing is steady and picks up steam as the story unfolds, and you can always count on his stuff to be well-written and expertly plotted, including this one ... At the end of the day, Alan Furst is one of the very best spy novelists to ever work in the genre, and while Under Occupation doesn’t quite live up to the expectations set from past works . . . his worst book is still better than most writers’ best offering.
Read Full Review >>
Positive Tom Nolan,
The Wall Street Journal
... is not unlike a vintage Ambler book, with its civilian hero suddenly pulled into a world of dangerous intrigue. But Mr. Furst is a much more romantic writer—lingering over Paris’s beauty, its resistance to oppression and its opportunities for 'love in time of war.' Alan Furst’s books always satisfy; this one is a delight.
Read Full Review >>
See All Reviews >>
SIMILAR BOOKS
Fiction

The Every
Dave Eggers
Mixed
What did you think of Under Occupation?
© LitHub | Privacy