Uncensored: My Life and Uncomfortable Conversations at the Intersection of Black and White America 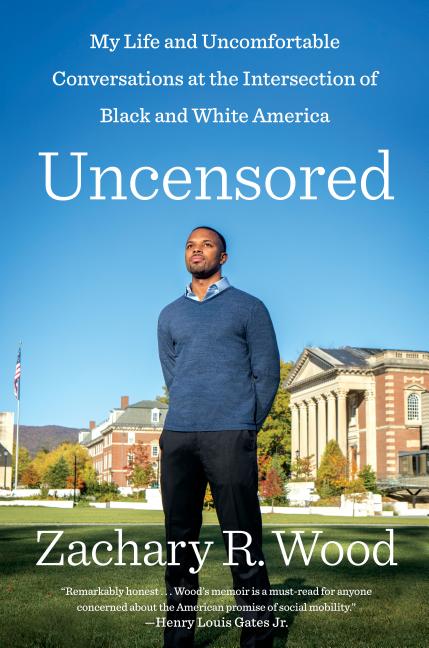 Publisher
Dutton Books
Date
June 19, 2018
Still in his early 20s, Wood chronicles his arduous upbringing as a black male, including his 15 minutes of fame (so far) while a college student.

What The Reviewers Say
Positive Rebekah Denn,
The Christian Science Monitor
Wood grew up poor, with an abusive mother and other relatives who couldn’t save him from her mistreatment any better than social agencies could. He recounts his mother’s terrifying humiliations, but also accepts her as a complicated woman who fought against mental illness, and as a fiercely sharp guide to life ... Throughout the book, Wood is a cerebral analyst – he introduces his mother by commenting on her 'excellent soft skills' as well as her beautiful smile. The closer we get to the present day, the more his voice shifts from autobiography to a zoomed-in mix of term paper and sometimes-defensive diary ... In every area, the book’s broadest lesson might be the reality that good intentions aren’t enough on their own.
Read Full Review >>
Rave Lesley Williams,
Booklist Online
...The child of a mentally unstable mother and a hardworking but overwhelmed father, Wood writes movingly about the debilitating effects of racism and poverty, including vermin-filled housing, haphazard dental care, and a constant need to disprove stereotypes. To cope as a scholarship student at elite private schools, Wood drove himself to the point of hospitalization for exhaustion. Yet he never felt he belonged in the world of wealthy white friends, whose patronizing parents encouraged him to 'impersonate a thug' for their entertainment. Reasoned, well-informed argument became his most effective weapon, a gift he insisted on sharing with fellow students, whatever the cost. A singular voice that, as Wood would say, you may not agree with but to which you at least have to listen.
Read Full Review >>
Positive Kirkus
Growing up, the author developed impressive intelligence and a dedicated character, but he had to battle a controlling, abusive mother suffering from bipolar disorder, his parents’ divorce, and struggles to pay for an elite education. The detailed accounting of his upbringing comprises more than three-quarters of the narrative ... The author, who writes well, is a sympathetic narrator, and he has unquestionably displayed an impressive work ethic and devotion to free speech. But after the insight offered through his personal history, the analysis tails off, and his father, one of the most intriguing characters in the story, is somewhat of a spectral presence. As he continues to mature, expect Wood to grow as a writer and further the dialogues he sketches here ... A memoir that would have radiated greater power as a long-form magazine article.
Read Full Review >>
See All Reviews >>
What did you think of Uncensored: My Life and Uncomfortable Conversations at the Intersection of Black and White America?
© LitHub | Privacy