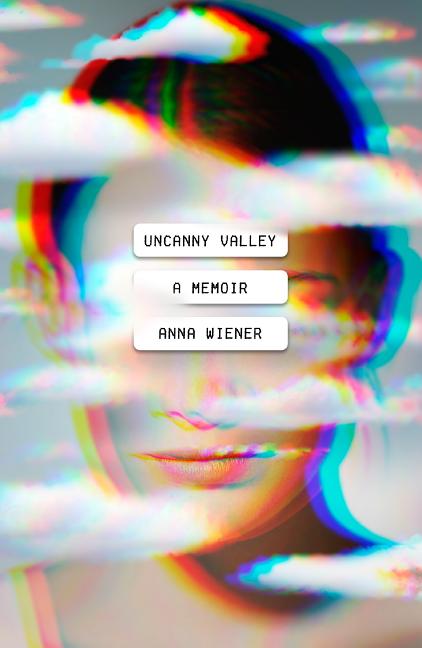 In her mid-twenties, at the height of tech industry idealism, Anna Wiener―stuck, broke, and looking for meaning in her work, left a job in book publishing for the promise of the new digital economy. She moved from New York to San Francisco, where she landed at a big-data startup in the heart of the Silicon Valley bubble: a world of surreal extravagance, dubious success, and fresh-faced entrepreneurs hell-bent on domination, glory, and, of course, progress.

What The Reviewers Say
Rave Lauren Oyler,
The New York Times Book Review
Wiener was, and maybe still is, one of us; far from seeking to disabuse civic-minded techno-skeptics of our views, she is here to fill out our worst-case scenarios with shrewd insight and literary detail ... Wiener is a droll yet gentle guide ... Wiener frequently emphasizes that, at the time, she didn’t realize all these buoyant 25-year-olds in performance outerwear were leading mankind down a treacherous path. She also sort of does know all along. Luckily, the tech industry controls the means of production for excuses to justify a fascination with its shiny surfaces and twisted logic ... It’s possible to create a realistic portrait of contemporary San Francisco by simply listing all the harebrained new-money antics and 'mindful' hippie-redux principles that flourish there. All you have to do after that is juxtapose them with the effects of the city’s rocket-ship rents: a once-lively counterculture gasping for air and a 'concentration of public pain' shameful and shocking even to a native New Yorker. Wiener deploys this strategy liberally, with adroit specificity and arch timing. But the real strength of Uncanny Valley comes from her careful parsing of the complex motivations and implications that fortify this new surreality at every level, from the individual body to the body politic.
Read Full Review >>
Rave Ismail Muhammad,
The Atlantic
... a different sort of Silicon Valley narrative, a literary-minded outsider’s insider account of an insulated world that isn’t as insular or distinctive as it and we assume. Wiener is our guide to a realm whose denizens have been as in thrall to a dizzying sense of momentum as consumers have been ... Complicity is Wiener’s theme, and her method: She’s an acute observer of tech’s shortcomings, but she’s especially good at conveying the mind of a subject whose chief desire is to not know too much. Through her story, we begin to perceive how much tech owes its power, and the problems that come with it, to contented ignorance ... For all her caustic insight and droll portraiture, Wiener is on an earnest quest likely to resonate with a public that has been sleepwalking through tech’s gradual reshaping of society ... Wiener is wittily merciless in portraying how susceptible she was to 'the sense of ownership and belonging, the easy identity, the all-consuming feeling of affiliation' that start-up culture promotes ... Her real feat is exposing her own persistent failure to register the big picture.
Read Full Review >>
Positive Jefferson Lee,
The Rumpus
Compared to the most sensational details on companies like WeWork or Theranos that have come out in recent years, there is nothing shocking or revelatory in Wiener’s account of startup life and culture. That’s also maybe the point. Rather than shocking and lurid details, recognition and familiarity play a key role in the experience of Uncanny Valley ... Deprecation, aimed at both the industry and the author herself, also plays a key role throughout the work. Certain paragraphs are so caustic they feel designed to be hastily photographed via mobile phone, dropped in group messages or social media feeds ... It’s undeniably enjoyable, but there is something indulgent about this sort of self-flagellation ... Luckily, Wiener offers us more than eloquent masochism. Uncanny Valley also provides precise depiction of cultural moments and movements in Silicon Valley: discrimination scandals, the obsession with optimization, data privacy concerns, the increased focus (if not clarity) on the question of content moderation. Wiener has a knack for perceiving abstract, structural issues and conveying them in specific and concrete language ... By way of all this careful observation, analysis, and biting sarcasm, we arrive at a detailed portrait of Weiner herself as someone inquisitive, tender, funny, and contradictory ... Uncanny Valley is, ultimately, a memoir, and a well-written and engaging one at that. It feels greedy to want more than it gives, to want contradictions resolved to a clear path forward. Nevertheless, this is part of what I felt upon finishing: what now? What next?
Read Full Review >>
See All Reviews >>
What did you think of Uncanny Valley: A Memoir?
© LitHub | Privacy