True Story: What Reality TV Says about Us 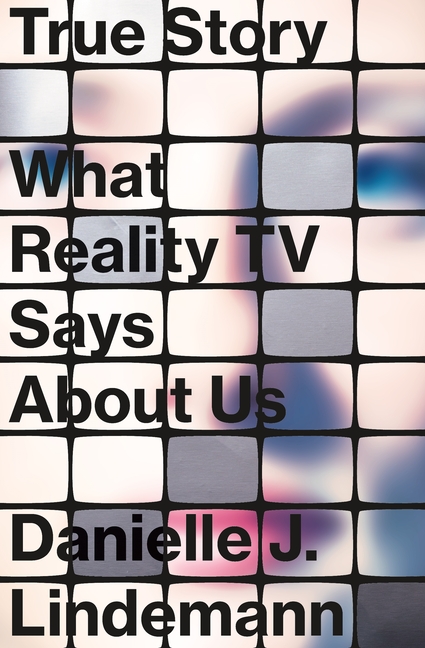 A sociological study of reality TV that explores its rise as a culture-dominating medium—and what the genre reveals about our attitudes toward race, gender, class, and sexuality.

What The Reviewers Say
Positive James Wolcott,
The New York Times Book Review
A professor of sociology at Lehigh whose previous books have studied commuter marriages and the professional dominatrix — excellent preparation for parsing the adventures of The Real Housewives of Beverly Hills — Lindemann contends that, by holding up a mirror to society, reality TV has much to impart once we get past the histrionics ... The point is that for Lindemann, reality TV viewing isn’t passive ingestion but a subtle preening process, a phantom codependency ... No matter how swingy-dingy the shows appear, there is a conservative underlay that keeps familiar norms in place. Lindemann is instructive on the power differential between men and women in reality TV, how differently they’re regarded and rewarded for their antics and facial calisthenics ... Although Lindemann succumbs to jargony platitudes (bisexuality 'messes with our idea of a stark heterosexual/homosexual binary') and leans heavily on lead-footed heavyweights of discourse (Weber, Foucault), she has a wry eye and ear for the key role that status plays in these confabulations ... True Story might have benefited from a chapter devoted to loyalty ... In the book’s conclusion Lindemann nimbly attempts to play both sides of the net, arguing that reality TV is 'both a guilty goody and a nutritional bite,' an 'occasional educational nugget' smuggled inside the chewy nougat ... You could dislocate a shoulder with such overreach, but hyperbole is a byproduct of Lindemann’s crusading zeal ... Her enthusiasm tends to inflate her extrapolations but a drier accounting would have been dull sledding.
Read Full Review >>
Positive Ilana Bean,
Chicago Review of Books
This is a sociology book for a general audience. Lindemann breaks down concepts deftly and lightly. The research never prevents the book from being enjoyable to me as a lay reader, although I also don’t have the credentials to evaluate or respond to it. Lindemann combines foundational sociology texts with pop-culture references, and there’s a visceral delight to seeing Émile Durkheim paired with My Strange Addiction ... Most of the chapters provide perspectives from scholars discussing why the boundaries of these social constructs are less clear-cut than they seem, as well as Lindemann’s analysis of how they exist within reality television ... Reality television is both a reflection of our social narratives, which Lindemann believes are more conservative than many people like to believe, as well as a gear in the machine that perpetuates them ... Lindemann generally refrains from making value judgements or calls-to-action, beyond the action of viewing reality television through a critical and sociologically-imaginative eye ... The book is most compelling when it addresses the forces that draw audiences to reality television and simultaneously repulse them.
Read Full Review >>
Positive Emily Yahr,
The Washington Post
Lindemann argues quite convincingly that despite people’s knee-jerk mockery of reality TV or reflexive embarrassment at being 'caught' as a viewer, studying the genre gives us a better understanding of our world and ourselves ... Lindemann’s academic expertise, as well as her enormous amount of research (including many hours of watching reality shows, of which she is a fan), gives readers a more thorough understanding of what this genre exposes about society ... Lindemann peppers the book with such outrageousness, keeping it from feeling too much like a textbook ... At times, the tone almost feels defensive as she reiterates, over and over, the lessons of the genre — which makes sense coming from someone who teaches a class about a subject that causes many to scoff. Fans of reality TV can relate. And now, when confronted with such snobbery, they can say that if the person likes reading so much, they have the perfect book to recommend.
Read Full Review >>
See All Reviews >>
What did you think of True Story: What Reality TV Says about Us?
© LitHub | Privacy