Triumph of the Spider Monkey 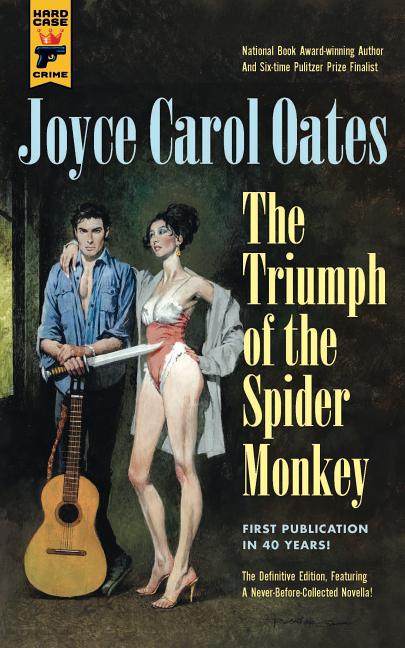 First published in 1977 and unavailable for more than 40 years, this novel by the prolific fiction writer follows the demented logic of serial killer and musician Bobbie Gotteson, whose life story and demeanor resembles Charles Manson. The volume also includes, for the first time, a companion novella that examines the impact of Gotteson's killing spree on a woman who survived it.

What The Reviewers Say
Rave Thomas Pluck,
Criminal Element
...an eloquent, terrifying, heartbreaking exploration of madness ... Joyce Carol Oates has a knack for diving into the psyche of the disturbed ... Oates is always compelling, and this story will appeal to fans of prison narratives where the killer is forced to confront his self.
Read Full Review >>
Positive Joe Hartlaub,
Bookreporter
...dark as night in atmosphere and subject matter ... Oates digs so deeply into the psyche of the murderous personality that it makes for rough reading in parts, but the subject matter is not and should not be sacrificed on the altar of the reader’s comfort zone. That said, this is not a volume that one who has not read Oates’ work should reach for as an introduction. Its publication, though, is still important and ultimately indispensable for anyone who is even marginally familiar with Oates, one of the great literary voices of the 20th and 21st centuries.
Read Full Review >>
Positive Donna Seaman,
Booklist
Boldly explicit, Oates’ tale of criminal psychosis draws on the druggy decadence, greed, sexism, and violence of Hollywood in the Charles Manson-Roman Polanski era ... Here is more evidence of Oates’ limitless, gruesome, and sympathetic imagination.
Read Full Review >>
See All Reviews >>
SIMILAR BOOKS
Literary

Please See Us
Caitlin Mullen
Rave
What did you think of Triumph of the Spider Monkey?
© LitHub | Privacy