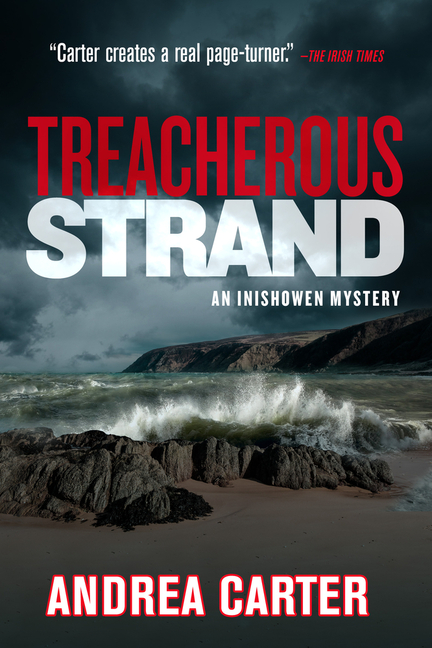 A woman’s body washes up on a remote beach on the Inishowen Peninsula. Partially clothed, with a strange tattoo on her thigh, she is identified as Marguerite Etienne, a French woman who has been living in the area. Disturbed by what appears to be chilling local indifference to Marguerite’s death, solicitor, Benedicta pieces together the last few weeks of the French woman’s life in Inishowen. What she discovers causes her to question the fragile nature of her own position in the area, and she finds herself crossing boundaries―both personal and professional―to unearth local secrets long buried.

What The Reviewers Say
Positive Claire Looby,
The Irish Times
Carter creates a real page-turner with this, her second novel, giving us a wonderfully feisty, clever and warm character in Ben, and a supporting cast of wily realtors, flirty artists, colourful booksellers and all-knowing barmaids. 'Panic is a hangover cure' is Ben’s opening line, and this says a lot about her dubious work-life balance but ever-active sense of humour that is her shield against the worst of what she has to face.
Read Full Review >>
Positive L. Dean Murphy,
Bookreporter
As herring fill the cold Irish Sea, Andrea Carter’s beguiling and complex mystery throngs with red herrings. Quirky characters populate the pages, many of whom become suspects for Ben to investigate, since the garda (police) have ruled out homicide.
Read Full Review >>
Mixed Publishers Weekly
...[a] melodramatic sequel ... International cults, incest, adultery, blackmail, bullying, overbearing land developers, and Ben’s tenuous love life are but a few of the elements that figure in the jumbled plot. Despite the occasional gore and an overabundance of certifiably deranged suspects, this basically gentle mystery will appeal to cozy readers with a fondness for soap opera.
Read Full Review >>
See All Reviews >>
SIMILAR BOOKS
Fiction

The Devil Takes You Home
Gabino Iglesias
Positive
What did you think of Treacherous Strand?
© LitHub | Privacy