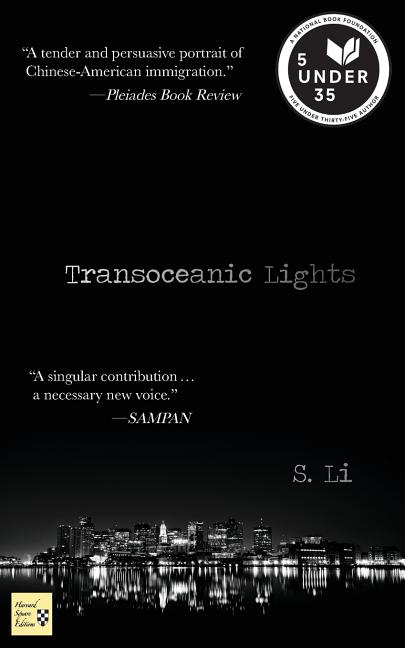 In this novel about familial love and discord, the strains of displacement, and the hardships of a Chinese family who has immigrated to the US, an overbearing mother must reconcile the immensity of her sacrifice in the midst of a deteriorating marriage. Her only solace is the distant promise of a better life for her son, who spends his days in school longing for the comfort of his homeland.

What The Reviewers Say
Rave Paul Vicary,
Portland Book Review
Although the story is an intimate portrait of the Chinese immigrant experience, it manages to become larger than that in scope, appealing to readers of any generation, age, and cultural background as a masterful bildungsroman. Throughout the overarching linear narration, Li deftly moves between spaces (America and China), times (the 1980s and the 1990s, it seems), and perspectives (various members of the three Chinese families featured). The ever-shifting narration creates a sense of disorientation, mimicking the protagonist’s own emotional state as he struggles to adapt to new surroundings and the increasing instability of his family life ... What Li accomplishes, as Lahiri and others have done before, is to put in stark relief the continuing social, emotional, and psychological consequences of the Faustian bargain struck when making the decision to leave one’s country to come to another.
Read Full Review >>
Rave Luke Salisbury,
The Somerville Times
...labels do not adequately describe the high quality of writing, subtlety of construction, or fresh look at the subject ... The child is enormously intelligent, and his narration is seasoned by comments from years after the action, but these, rather than intruding, or lessening the story, broaden and deepen it ... This seamless novel beautifully shows the passage of time, mixing familiar worlds of childhood and the very trying world of immigrant adults ... The writing is remarkable for its lack of self-pity ... The style is fluent. It surprises, in the way a reader likes to be surprised, takes chances, and fits the story the way a seasoned novelist suits the word to the action ... I doubt there will be many better published this year.
Read Full Review >>
Rave Kenny Yim,
Sampan
Li has written an intense work that provides a rarely seen aspect of the Asian-American experience. Rather than goofy grins and happy-go-lucky attitude of an American family, here is rawness and pain. The novel is a dark, panoramic portrayal of boyhood, growing up in a first generation immigrant multi-family household set in a familiar Boston but interspersed with memories of China ... Li also moves through time effortlessly, painting vivid flashbacks to poignant moments of a life left behind in China, one that included reciting poetry, attending an elaborate wedding banquet and discussing the dream of America ... Transoceanic Lights is a singular contribution to the immigrant narrative and a necessary new voice to the growing genre of Asian-American literature.
Read Full Review >>
See All Reviews >>
SIMILAR BOOKS
Fiction

The House of Fortune
Jessie Burton
Mixed
What did you think of Transoceanic Lights?
© LitHub | Privacy