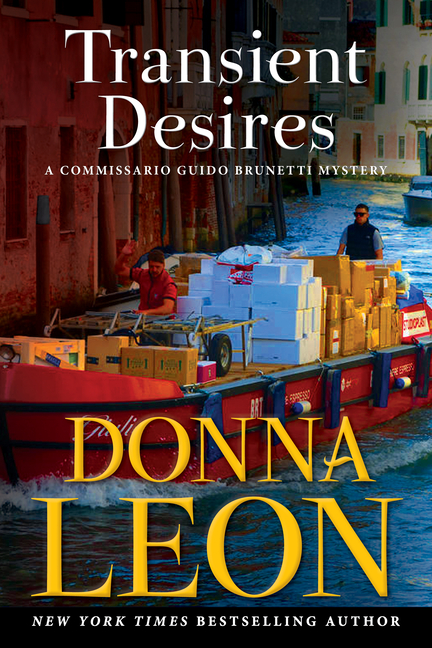 Guido Brunetti faces a heinous crime committed outside his jurisdiction in Venice in the thirtieth novel in Donna Leon's series.

What The Reviewers Say
Positive Mark Sanderson,
The Times (UK)
The mystery is intriguing, but following the progress of Brunetti via canal and calle provides the real pleasure ... The city, in Donna Leon’s novel, is as much a character as Guido and his family ...Leon’s special skill is to splice glimpses of la dolce vita with acute analysis of moral and ethical dilemmas. Here one of the boys who dumped the girls has to decide whether or not to betray the friend with whom he is secretly in love ... 'They are so fragile, young people,' Brunetti reflects, 'their self-assurance such a thin layer.' It is his humanity, and hard-won wisdom, that has made — and makes — him such a boon companion in crime. The series that has shadowed Brunetti for three decades is an epic achievement.
Read Full Review >>
Rave Joe Hartlaub,
Bookreporter
[This novel] probably should have a 'satisfaction guaranteed' legend imprinted on the cover ... These books have a tantalizing mystery at their core but are very much character-driven, with Brunetti’s internal dialogue commenting on the people, history, culture, flora and fauna of Venice. This latest installment is somewhat different. While it contains the elements noted above in generous amounts, it adds numerous dollops of suspense while revealing a side to Brunetti that is seldom, if ever, seen in previous volumes ... Leon has crafted this fine, long-running series so that one can pick up any volume at any time and be surefooted in their reading. The characters, of whom Brunetti is first among equals, are unique to their setting and purpose, but each has characteristics almost immediately familiar to any reader. Leon also keeps each mystery complex enough to compel interest but simple enough that the reader (or, for that matter, the author and characters) never gets lost or bogged down. While neither Leon nor Brunetti may be household names, bibliophiles and casual readers alike always seem to have at least a book or two of this series readily at hand and on their must-read list.
Read Full Review >>
Positive Marilyn Stasio,
The New York Time Book Review
Leon has a lot to say in this book about prejudices, many of which declare themselves through accents ... Needless to say, by venturing outside the comfort zone of his own prejudices, this deeply simpatico detective learns a lot about his city, his countrymen and himself. And so do we.
Read Full Review >>
See All Reviews >>
SIMILAR BOOKS
Fiction

The Every
Dave Eggers
Mixed
What did you think of Transient Desires: A Commissario Guido Brunetti Mystery?
© LitHub | Privacy