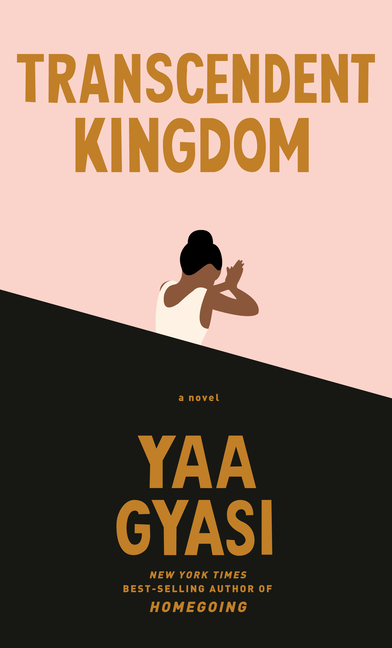 The author of Homegoing returns with a portrait of Gifty, a Stanford University graduate student whose study of the neural circuits of depression and addiction seeks to remedy the ills that plagued her Ghanian immigrant family. When Gifty's mother, in the midst of a depressive episode, comes to stay, GIfty must face her past.

What The Reviewers Say
Rave Nell Freudenberger,
The New York Times Book Review
Gyasi’s style here is especially striking ... Some readers of Transcendent Kingdom may miss the romantic sweep of that novel and the momentum Gyasi achieved by leaping a generation and a continent every few chapters. If Homegoing progressed in more or less linear fashion, in this book narrative time is more relative ... the picture of mental illness in Transcendent Kingdom is darker and more nuanced ... Transcendent Kingdom trades the blazing brilliance of Homegoing for another type of glory, more granular and difficult to name.
Read Full Review >>
Rave Ron Charles,
The Washington Post
Homegoing wasn’t beginner’s luck. Gyasi’s new novel, Transcendent Kingdom, is a book of blazing brilliance. What’s more, it’s entirely unlike Homegoing ...still and ruminative — a novel of profound scientific and spiritual reflection that recalls the works of Richard Powers and Marilynne Robinson ... Not that there’s anything derivative about this story. Indeed, Gyasi’s ability to interrogate medical and religious issues in the context of America’s fraught racial environment makes her one of the most enlightening novelists writing today ... A double helix of wisdom and rage twists through the quiet lines of this novel ... remarkable.
Read Full Review >>
Rave Sam Sacks,
The Wall Street Journal
Ms. Gyasi has trained her ambitions inward, applying the same rigorous attention to the quality of her sentences and to the laser-like interrogation of her themes. She has produced a powerful, wholly unsentimental novel about family love, loss, belonging and belief that is more focused but just as daring as its predecessor, and to my mind even more successful ... The narrative of difficult, immigrant striving is derailed by a slow-motion tragedy ... Unlike many novels centered on suffering, Ms. Gyasi’s book is not interested in eliciting sympathy or activating the reader’s guilt. It is, instead, burningly dedicated to the question of meaning ... confidently shuttles between the poles of faith and science—it quotes the Bible as fluently as it discusses neural circuits in the medial prefrontal cortex—plumbing each for comforts and insights but also dispassionately studying the ways that each falls short ... a hard, beautiful, diamantine luster.
Read Full Review >>
See All Reviews >>
SIMILAR BOOKS
Fiction

All the Broken Places
John Boyne
Mixed
What did you think of Transcendent Kingdom?
© LitHub | Privacy