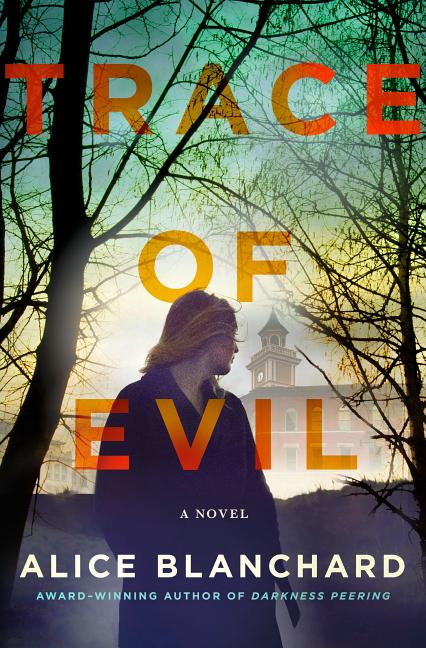 Natalie Lockhart is a rookie detective in Burning Lake, New York, an isolated town known for its dark past. Tasked with uncovering the whereabouts of nine missing transients who have disappeared over the years, Natalie wrestles with the town's troubled history - and the scars left by her sister's unsolved murder years ago.

What The Reviewers Say
Positive Elyse Discher,
BookPage
Blanchard launches a promising new series and delivers an airtight police procedural with deeply macabre elements. This is a read-in-one-sitting book that will refresh readers who are potentially burned out on the genre ... a procedural that expertly balances three mysteries at one time with tight plotting and enough clues and red herrings to keep the most experienced of mystery readers conjuring up theory after theory. And truly, Blanchard doesn’t need to utilize the supernatural to make her novel chilling. From the deeply disturbing aspects of the nine disappearances to the teenage obsession with witchcraft, the terror here is tied to people who feel so detached from the world around them that they normalize horrifying violence ... Adding to the perfectly executed mysteries and the real-world terror is Blanchard’s careful world building. This is the first book starring Natalie Lockhart, but she appears on the page like a friend readers have known forever. She is the lens through which we view her small town, and she adds an element of empathy to characters who might otherwise feel unsympathetic to the reader. Then there’s the frisson of forbidden sexual tension between Natalie and her boss, a subplot that promises to unwind later in the series. It may seem like a lot to balance within one novel, but Trace of Evil delivers all of these elements without a single misstep.
Read Full Review >>
Positive Henrietta Verma,
Booklist
What seems an open-and-shut case becomes much more, with Blanchard carefully peeling away layers of history and deception before pulling off a shocking twist. Lockhart is a relatable new heroine on the police-procedural scene, and one who will appeal to readers of Tana French.
Read Full Review >>
Positive Kirkus
There are a number of crimes being investigated in this novel and a lot of movement between past and present, but for the most part, Blanchard successfully navigates these complexities and keeps the reader, and the story, grounded with the appealing character of Natalie. Dogged, empathetic, courageous, and driven by her own childhood trauma, she leaves no stone unturned, even if it means investigating people she loves. Blanchard indicates this is the first of many Lockhart mysteries to come—good news! ... A fast-paced, intricate, and atmospheric mystery that introduces a plucky, engaging detective.
Read Full Review >>
See All Reviews >>
SIMILAR BOOKS
Fiction

The Devil Takes You Home
Gabino Iglesias
Positive
What did you think of Trace of Evil: A Natalie Lockhart Novel?
© LitHub | Privacy