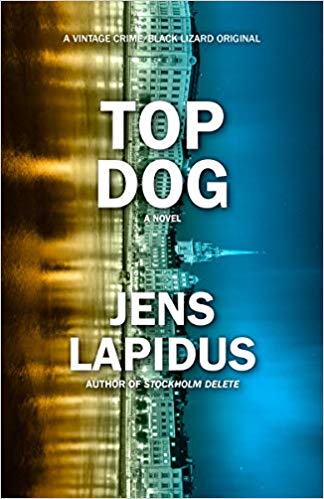 Talk about your star-crossed lovers. When Lapidus reunites Teddy Maksumic, who served eight years for a kidnapping he didn’t commit, with newly independent lawyer Emelie Jansson, it’s every man, woman, and child for themselves
Positive
Based on 3 reviews

What The Reviewers Say
Rave Christine Tran,
Booklist
Renegade attorney Emelie Jansson and former gangster Teddy Maksumic haven’t spoken since they tangled with a pedophilic cabal in Stockholm Delete, leaving their mutual attraction unexplored after Emelie was unwilling to accept Teddy’s underworld ties. But when Emelie agrees to represent a woman who claims that she was victimized by the same cabal, she reaches out for Teddy’s help ... Lapidus smoothly draws Emelie’s, Teddy’s, Nikolas’, and Roksana’s stories together into a riveting plot while drawing sharp parallels between the dangerous loyalties and callousness of Stockholm’s elite and gangland worlds.
Read Full Review >>
Rave Kirkus
As in his Stockholm Noir trilogy, Lapidus plots on an epic scale; if you think one plotline is beginning to flag, just wait for new details about his double-crossing gangsters, his two-faced socialites, and his hard-used heroine and her unlikely swain. Even better, he produces a climactic surprise that really does tie many of the strands of this untidy saga together. Part sequel, part rehash of unfinished business from Stockholm Delete. As in Faulkner, the past in Lapidus isn’t even past—and although it’s not dead, it’s more than capable of killing the living.
Read Full Review >>
Mixed Publishers Weekly
Lapidus’s hard-hitting sequel to 2017’s Stockholm Delete updates the careers of diverse characters caught up in Stockholm’s criminal underworld ... Lapidus overdoes the melodrama at times as the various stories converge on the somewhat contrived ending, but his picture of Swedish social debilitation is powerful stuff.
Read Full Review >>
See All Reviews >>
SIMILAR BOOKS
Fiction