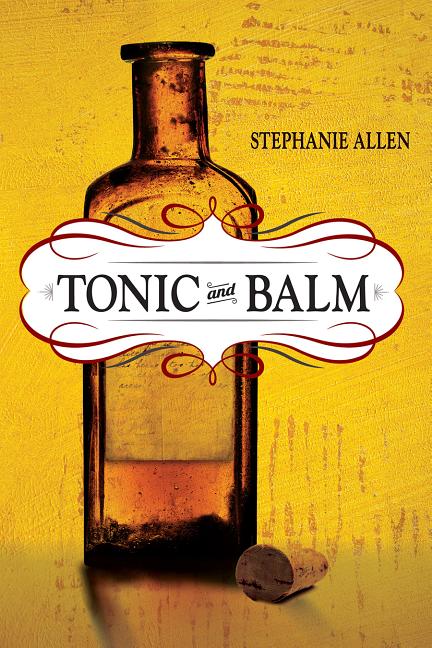 Set against a backdrop of rural poverty and a wave of anti-black violence, Tonic and Balm examines the tenuous solidarity and shifting alliances of people on the fringes of society.

What The Reviewers Say
Rave Jo Ann Butler,
Historical Novel Society
Presents fortunate readers with a fascinating look at the itinerant troupe and their hardscrabble world ... Ms. Allen’s performers narrate chapters in turn, providing cross-hatched character studies which I particularly enjoyed. However, we never hear from Doc Bell himself, that charlatan who knowingly sells useless remedies and exploits the desperation of his poverty-stricken minions, and I would have enjoyed that too. However, Ms. Allen’s cast of performers is so diverse and complex that I don’t mind the omission—let Doc Bell keep his secrets. Highly recommended.
Read Full Review >>
Positive Martha Anne Toll,
NPR
Allen uses this little world to explore larger issues of race, class, and gender. Writing primarily in the present tense, she gives us a set of characters who are odd and often lovable, characters who wrestle with sticky parts of their pasts and try to imagine life beyond Doc Bell's ... Entropy is at the heart of Tonic and Balm. More than constructing the show, the book deconstructs it, as if designed to shed characters at the same pace that Haydn's Farewell Symphony requires musicians to leave the stage. It's a tricky premise, but in general, it works ... The characters may disappear one-by-one from Dr. Bell's, but Miss Antoinette's strong, mysterious presence holds their reflections.
Read Full Review >>
Positive Linda Thorlakson,
Foreword Reviews
Chapters feature other narrators who reveal nothing about themselves or their circumstances until it is absolutely necessary. This technique of divulging only whatever the storytellers see, hear, feel, or remember in the instant they become aware of it imbues every unfolding scene with palpable intimacy ... Never lacking in forward momentum, tension, or suspense, Stephanie Allen’s Tonic and Balm could easily be a page-turner except that the sooner the pages are turned, the sooner Doc Bell’s medicine show must be summoned back to history. The lure of finding out what happens next pales against the opportunity to spend more time with a captivating clan of cast-offs who were only misfits prior to stumbling upon one another.
Read Full Review >>
See All Reviews >>
SIMILAR BOOKS
Fiction