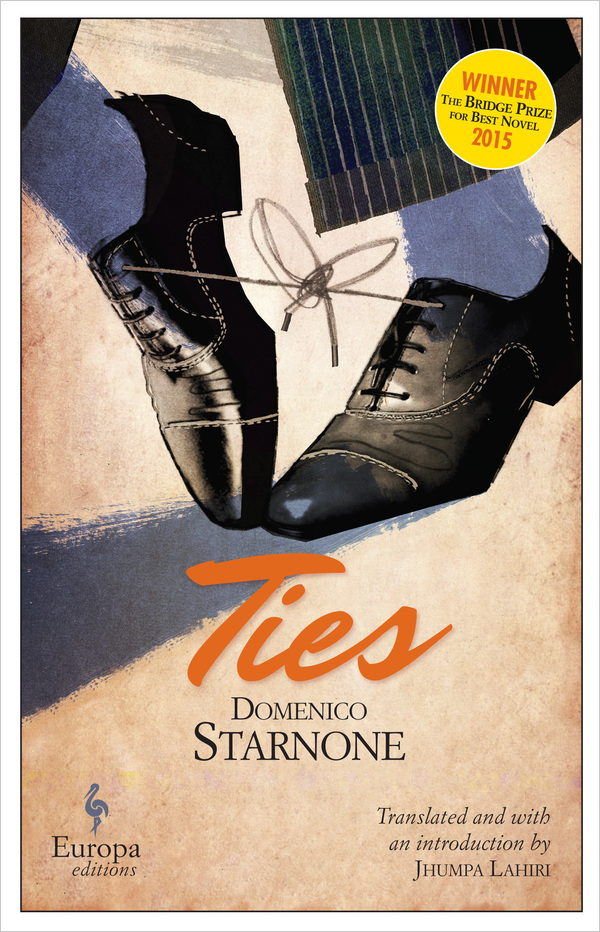 A short novel set in Naples about the after-effects of an affair, and subsequent emotional rupture, on a marriage.

What The Reviewers Say
Rave Rachel Donadio,
The New York Times Book Review
...the leanest, most understated and emotionally powerful novel by Domenico Starnone ... TiesThe Days of Abandonment, in other ways an interlocking puzzle piece or another voice in a larger conversation ... in Ties, no one has the last word. All the different truths are set before us, each given its due, each character fully realized, with the empathy and insight of a gifted novelist. Starnone’s prose here is highly skilled without calling attention to itself. In this novel, unlike some of his others, the cleverness doesn’t obstruct the emotional impact ... I cannot think of two novelists writing today whose recent books are in such clever and complicit conversation as those of Starnone and Ferrante.
Read Full Review >>
Rave Aaron Brady,
The New Yorker
Ties is one half of a collaboration far more intriguing than co-authorship of individual books: a riveting dialogue on marriage conducted, on the page, between one novelist and another ... Ties is puzzle-like, architectural, a novel ingeniously constructed to conceal family secrets and then excavate them one by one ... Ties not only examines the male mentality that allows his abandonment to occur; it also lays bare the complicity between husband and wife in perpetuating the lie of their marriage.
Read Full Review >>
Rave Tyson Duffy,
The Millions
Starnone’s engrossing and masterful story of the Minori family, told from a trifecta of perspectives — the betrayed wife’s letters in the opening section, the doddering husband’s viewpoint in the middle, the closing section recounted by the downtrodden adult daughter — is almost too impeccable a work. Shaped and polished as meticulously as an Etruscan urn, no portion, no narrative ligament, no single word feels out of place ... Using the simple conceit of infidelity and the protagonist’s futile attempts to transcend the past, Starnone manages to capture a glimpse of a human emotional universe much larger, far grander, and more intimidatingly incomprehensible than one could have imagined ... What’s instantly noticeable about the book is the extent to which Ties is in conversation with Elena Ferrante’s early novel The Days of Abandonment. Both stories take place in Naples; both books are the same manageable read-in-one-sitting length. In both, a woman and her children are abandoned for no apparent reason by a man of good standing.
Read Full Review >>
See All Reviews >>
SIMILAR BOOKS
Coming Soon

Mount Chicago
Adam Levin
Mixed
What did you think of Ties?
© LitHub | Privacy