Those Wild Wyndhams: Three Sisters at the Heart of Power 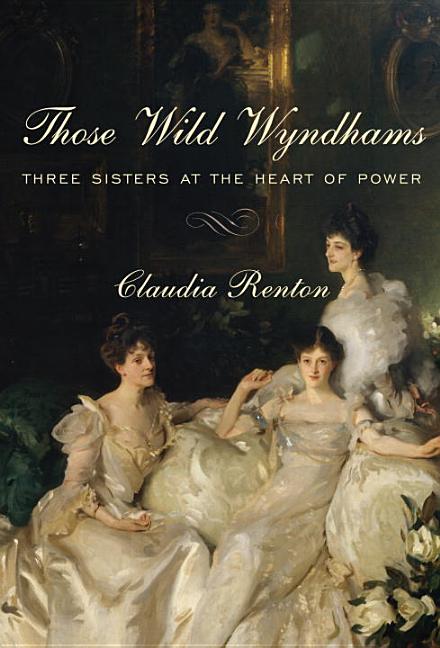 Claudia Renton's debut book is a detailed portrait of three dazzlingly beautiful, wildly rich Wyndham sisters. These women are part of the four hundred families that made up Britain's ruling class, at the center of cultural and political life in late-Victorian/Edwardian Britain.

What The Reviewers Say
Rave Anna Mundow,
The Washington Post
[Renton's written portrait] no less than Sargent’s, is a triumph of observation, insight and erudition ... An elegant, restrained writer, she rarely comments. Consequently, her subjects seem to reveal themselves. Renton’s descriptions are as evocative as they are informative... Through Renton’s flawless lens, the reader sees them, too.
Read Full Review >>
Rave Lara Feigel,
The Guardian
Those Wild Wyndhams is a magnificent first book by the historian and barrister Claudia Renton ... [a description of the book] together with the unnecessarily florid gold writing on the cover, may imply an entertaining romp. In fact it's something far more profound. Renton's book has the wisdom, excitement and psychological depth of a very good novel. She succeeds in the difficult feat of combining the novelist's art with the historian's craft, laying her sources and workings before us ... The beauty and romance – sometimes joyful, more often wrenchingly sad – are captured unforgettably in Renton's wonderful book.
Read Full Review >>
Positive Claire Hopely,
The Washington Times
Through [Renton's] firm hands on the reins of her material ensure that readers are always entertained, and often also enlightened about late-19th-century British history... The Wild Wyndhams is never less than readable, but never convinces that its subjects are worth the attention given them in this well-researched and well-written collective biography.
Read Full Review >>
See All Reviews >>
What did you think of Those Wild Wyndhams: Three Sisters at the Heart of Power?
© LitHub | Privacy