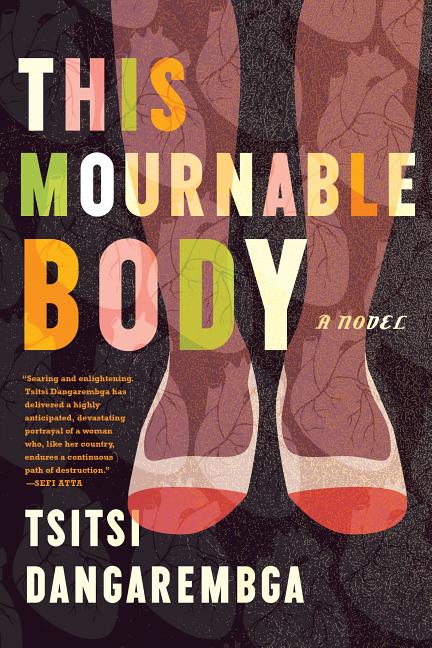 In the follow up to Nervous Conditions and The Book of Not, Tambudzai has reached middle age and distress over the failure of her high level of Western education to improve her financial circumstances, a fact that leads her to reconnect with her ancestral village and family.
Positive
Based on 20 reviews

What The Reviewers Say
Rave Alexandra Fuller,
The New York Times Book Review
Dangarembga writes with intimacy and compassion; there’s a sharp poetic crack to the work that keeps the story from muddying in melancholy, as it might in the hands of a less cinematic writer ... Both novels are inspiring, not in spite of Tambu’s hopeless situation but because through it all she never loses sight of herself while, at the same time, never underestimating the brutal reality of her predicament. In this regard, This Mournable Body is a story of triumph, not despair.
Read Full Review >>
Rave Michael Friedrich,
Los Angeles Review of Books
The book demands that its readers witness the personhood behind the experience of postcolonial violence in Dangarembga’s native Zimbabwe, one corner of the world that often goes unconsidered ... In This Mournable Body, the author’s uncompromising second-person voice insists that you, the reader, identify with Zimbabwe’s plight at the turn of the millennium ... Dangarembga investigates the ironic psychological demands of global capitalism on a country whose citizens have been fractured by that system. Complex and flawed, they are more than symbols. This Mournable Body makes their struggles visible ... She often writes the harshest scenes so obliquely that I had to reread them two or three times to decipher what unfolded. At first, this seemed like a flaw. But as I found the book’s rhythm, its effectiveness became clear: the subtlety forces our attention onto outrages ... This Mournable Body, set in the neocolonial milieu, brings the issue of consent into lurid relief ... Dangarembga is doing something sly and layered here. She romanticizes her country for a Western reader even as she makes an example of Tambu for doing the same. The book makes you, the reader, complicit too.
Read Full Review >>
Positive Sheila McClear,
The Washington Post
Author Tsitsi Dangarembga, who lives in Zimbabwe, writes this often grim story with a great deal of wit ... Dangarembga gives us something rare: a sparkling antiheroine we find ourselves rooting for ... Tambu can be seen as a symbol as well as a character: Her striving to become prosperous amid dysfunction echoes modern Zimbabwe’s ongoing struggle to outgrow stifling corruption.
Read Full Review >>
See All Reviews >>
SIMILAR BOOKS
Fiction

Mother May I
Joshilyn Jackson
Rave
What did you think of This Mournable Body?
© LitHub | Privacy