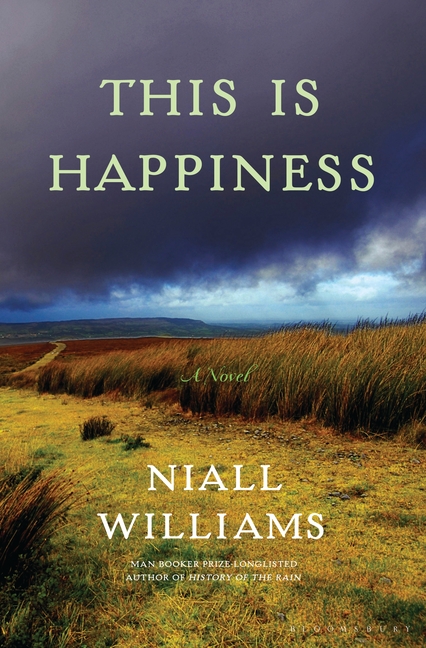 A young man's first experiences of falling in and out of love are shaped by the arrival of electricity in his small western seaboard village, an enigmatic woman and a mysterious drought. By the author of Four Letters of Love.

What The Reviewers Say
Rave Isabel Berwick,
The Financial Times
Charming is one word for Williams’ prose. It is also life-affirming and written with a turn of phrase that makes the reader want to underline something on every page. I suggest we all buy his books, pushing him into that realm of globally fashionable Irish writers (which he might not care about), but more importantly, sharing with a vast audience his humane and poetic world view ... This is not a book to read for fast-moving developments. It is one to savour, slowly, like the way of life it enshrines. The supporting cast is huge, eccentric, frequently funny ... The dual-time narration means that we are sometimes thrillingly in the moment.
Read Full Review >>
Positive Elizabeth Graver,
The New York Times Book Review
Williams has painted a lush, wandering portrait of Faha, a village back in time in County Clare, Ireland ... At times, the novel reads almost like an ethnographic study of a village on the cusp of change, calling to mind John Berger’s wonderful fictional trilogy Into Their Labors ... As 21st-century readers, we are invited to lower ourselves into a slower kind of time; we regularly leave the central characters frozen in mid-speech to take a peek at something else ... Where the book’s digressions sometimes bog down are in its more self-reflective moments: Noe the storyteller defending himself against charges (but whose?) of sentimentality and holding forth on the relationship between story and truth, the real and the imagined, and the enriching merits of the arts. Disarmingly, Noe is aware of his own flaws, telling us he was nicknamed 'Know-All' as a child. 'Oh, just shut up and take me back to Faha,' I wanted to interject at times. But I couldn’t and wouldn’t; he’s too sweet a fellow, not to mention my elder (and a fictional character). Be kind, he admonishes the reader directly at one point, and it’s a testament to this bighearted novel that I felt duly chastened, almost like a member of the clan.
Read Full Review >>
Rave Malcolm Forbes,
The Star Tribune
This is a charming, often moving book, enriched by beautifully drawn characters and brilliantly depicted scenes from country life. The narrative unfurls at a languid pace: We drift from Easter services to games of Gaelic football, from pub sessions to house dances. And yet we happily surrender to the gentle rhythms of the drama and the lilting cadences of the prose. Again and again Williams ensures there is musicality in standard descriptions and poetry gilding commonplace truths ... Williams has written a memorable novel that vividly brings alive both a different era and two different male characters — 'knights of first and last loves.'
Read Full Review >>
See All Reviews >>
SIMILAR BOOKS
Coming Soon

What Could Be Saved
Liese O'Halloran Schwarz
Positive
What did you think of This Is Happiness?
© LitHub | Privacy