They All Fall Down: A Thriller 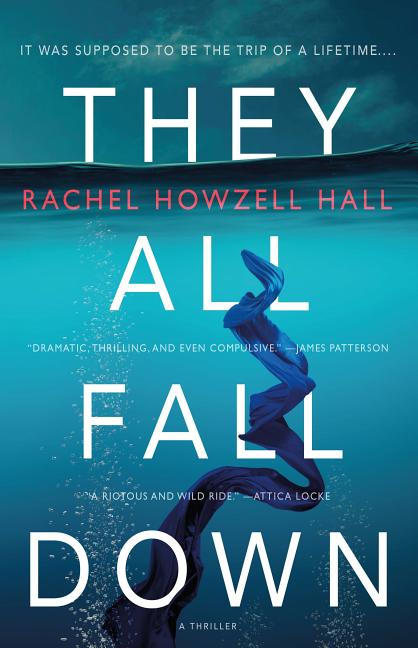 For fans of contemporary suspense, Rachel Howzell Hall’s stand-alone novel brings seven sinners to a private island for a reckoning in this modern-day homage to Agatha Christie's And Then There Were None.

What The Reviewers Say
Rave Ohline H. Cogdil,
The Associated Press
Rachel Howzell Hall confidently delivers a highly entertaining stand-alone that pays homage to Agatha Christie while finding its own individual approach ... As she does in her series, Hall delivers a racially diverse group of characters with contemporary sensibilities. At the same time, They All Fall Down adheres to the classic plot twists established by Christie ... While Hall’s series is superb, They All Fall Down should be her breakout novel.
Read Full Review >>
Rave Mark Stevens,
The New York Journal of Books
... a modern-day homage to Agatha Christie's And Then There Were None—and it’s, well, killer ... Readers familiar with the keen wit from Hall’s police procedural series starring Detective Elouise 'Lou' Norton will recognize the sharp attitude and snarky world view as Hall introduces us to Miriam Macy ... rides on Macy’s raw, unfiltered takes ... Hall’s writing is a master class in strong, first-person voice. Readers are advised to not skim Macy’s recollections of her troubled life back in L.A. Macy’s biting wit, the near nonstop string of stinging commentary that might have put her in this very pickle, is her constant companion ... Where Dame Agatha went with a cinematic, omniscient third-person voice for And Then There Were None, Hall has chosen a first-person voice for They All Fall Down. That choice presents a challenge ... Hall takes this leap with a fearless flair—the same fearlessness she used to work in the shadow of Agatha Christie and give the story a fresh twist. In short, Hall makes it easy to take the plunge.
Read Full Review >>
Positive Henrietta Verma,
Booklist
Though some of the secondary characters aren’t made distinct enough from one another, which may prove confusing, those who give Hall’s fifth novel a try will stick with it for the compelling story and a more diverse set of characters than one typically finds in mysteries. The book is a solid recommendation for patrons looking for something after Fred Van Lente’s Ten Dead Comedians (2017).
Read Full Review >>
See All Reviews >>
SIMILAR BOOKS
Fiction

The Devil Takes You Home
Gabino Iglesias
Positive
What did you think of They All Fall Down: A Thriller?
© LitHub | Privacy