Then the Fish Swallowed Him 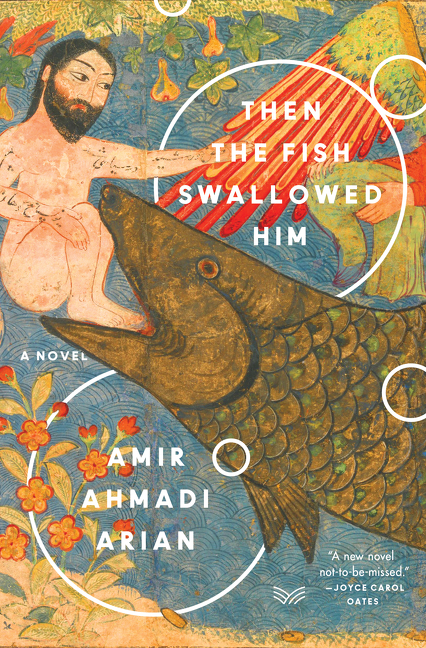 A Tehran bus driver is arrested during a strike, making him a pawn of Iranian politics and a victim of cruel imprisonment.

What The Reviewers Say
Positive Farah Abdessamad,
The Asian Review of Books
Sustained by a fast-paced, first-person narrative, Then The Fish Swallowed Him is a deserving English-language debut ... sheds light on individual abuse and struggle, while offering a glimpse of the Iranian judiciary system. The continuous pressure between conservative and reform-leaning camps, and everything in between, yields conflicted dialogue and provides nuance in how characters situate themselves and how their opinions and interests evolve through the narrative ... To great relief, the story steps away from a good-vs-evil caricature. The interrogator is humanized, while the books’ most significant relationship is the one Yunus nurtures with himself ... The main character’s descent into depression and madness is gripping. While a work of fiction, they reflect the reality of the hardships experienced by arbitrary detainees, and abductees across the world: an important read, in a time of self-isolation in many countries.
Read Full Review >>
Mixed Dina Nayeri,
The New York Times Book Review
The strangeness and physicality with which Arian depicts Yunus’s prison life makes for a convincing, unnerving read. He invites us to notice the taste of prison tea, the heightening and dulling of sensation after torture, the bliss of a power outage that offers prisoners a few hours of night ... Arian offers straightforward and astute observations about Iran’s attitude toward Western powers and about the social history of modern Tehran. His insights into the lives of the city’s poor at a time of mounting inequality, and on the effects of sanctions and Western media on average Iranians, are gripping ... But Arian’s talents are primarily journalistic; too frequently his novel reads like a political lecture. If his eye is keen, his ear — for poetic English, at least — is not, and he often produces off-key prose garbled by mixed metaphors ... This novel is an uncomfortable deep dive into the belly of a beast that swims in every sea.
Read Full Review >>
Positive Elizabeth Joseph,
Booklist
Reminiscent of Camus’ The Stranger, Iranian writer Arian’s first novel published in the U.S. excels in its own right for its sheer literary and moral brilliance ... Yunus’ physical and emotional journey is brought to life through the riveting and extraordinary details in Arian’s intense portrayal ... In this stunning work, Arian accomplishes a rare feat by telling a captivating story of an unforgettable character and by bearing witness to the hard truths endured by political prisoners everywhere.
Read Full Review >>
See All Reviews >>
SIMILAR BOOKS
Literary

What Could Be Saved
Liese O'Halloran Schwarz
Positive
What did you think of Then the Fish Swallowed Him?
© LitHub | Privacy