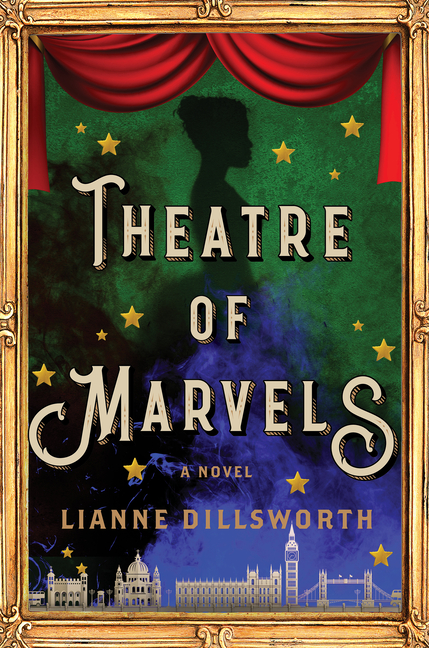 Set amid the bustle of Victorian London, a story of an ambitious young Black actress, an orphan from the slums who has finally achieved a dubious stardom as "The Great Amazonia, a savage African queen"—but everything she has fought for depends on hiding the secret of her own identity.

What The Reviewers Say
Positive Malcolm Forbes,
The Star Tribune
Readers will cheer on this gutsy heroine, a woman who, unlike her mother, refuses to be a servant, and who is prepared to go out on a limb in her quest for justice. Zillah's two male admirers make up a vibrant cast that also includes her best friend Ellen, an Irish singer who dreams of a new life in New York; stage manager and loyal lookout Barky, and Black Bill, ringleader of a vicious criminal gang, the Blackbirds ... In addition, London-based Dillsworth brilliantly renders parts of the city, from gas-lit streets to Mayfair mansions via docks, slums, and Crillick's hellish 'Odditorium' ... Several anachronisms rear their ugly heads throughout and there is a rather frictionless run-up to the finale. Fortunately, the book's closing scenes yield a surprise and pack an unexpected emotional punch. This is an accomplished first novel from a bright new talent.
Read Full Review >>
Positive Barbara Clarke-Greene,
Library Journal
An entertaining tale ... Thoroughly researched details of life in Victorian London and Zillah’s chatty narration create very appealing historical fiction. Purchase for readers who love Victorian settings and independent, feisty women characters.
Read Full Review >>
Positive Emily Borsa,
Booklist
Rich with historical details of Victorian life, freak shows, and racial tension, Dillsworth’s debut is an empowering tale of strength and determination.
Read Full Review >>
See All Reviews >>
SIMILAR BOOKS
Fiction

Trust
Hernan Diaz
Rave
What did you think of Theatre of Marvels?
© LitHub | Privacy