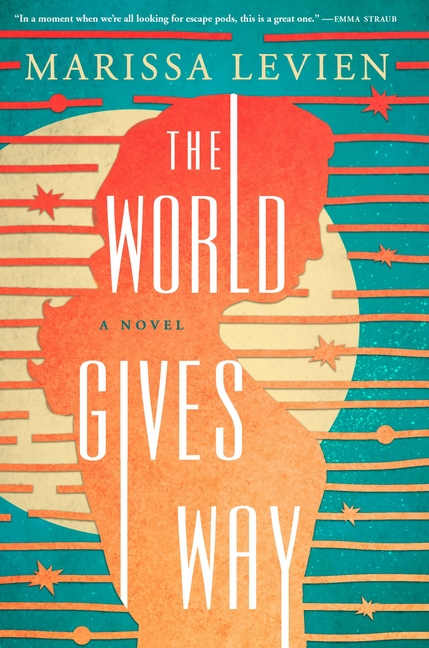 Burdened with the Carlyles' orphaned daughter and the terrible secret they died to escape, she runs. With time running out, Myrra must come face to face with the truth about her world — and embrace what's left before it's too late.

What The Reviewers Say
Rave Martin Cahill,
Tor.com
If you had evidence the world was ending and no one else believed you, what would you do? And even when evidence rears its terrible head, when everyone else catches up to you, what do you do with the time that’s left to you? Such are the big questions looming through Levien’s incredible debut novel ... [the] book socks them in the gut, leaving them full of feelings, watching as the night sky fills with stars and wondering at the beauty of it all. This is a debut novel that I think I would have loved regardless, but especially after a year and a half of a pandemic, of watching countless people face a monumental catastrophe and have to figure out to respond to that as individuals, well . . . this book certainly resonated ... Levien’s debut is a gentle, graceful look at the struggle of never being able to live life on your own terms and then barely being given a few weeks to give it your best shot.
Read Full Review >>
Positive Kirkus
Burdened with the knowledge that the world is ending, an indentured servant tries to make the most of what's left of her life ... The narrative voice keeps both characters at a distance that prevents readers from making emotional connections with them. Levien's debut makes no secret of the fact that the world is ending, but its shallow character sketches lack the depth necessary to make an audience care what happens to its cast before the final earthquake comes for them. An ambitious debut that falls just short of landing among the stars.
Read Full Review >>
Positive Publishers Weekly
How to respond to the knowledge that the world is ending is the central question of Levien’s middling sci-fi debut ... Told from two engaging if underdeveloped perspectives and full of present-day analogs, this sci-fi adventure is an extended, often oddly meandering chase scene through familiar far-future landscapes. Combining detective work and slow-burn romance, Levien offers plenty for lovers of cross-genre sci-fi to engage with, but seasoned readers will long for more innovation in the worldbuilding. This is solid, but not groundbreaking.
Read Full Review >>
See All Reviews >>
SIMILAR BOOKS
Fiction

The Ancestry of Objects
Tatiana Ryckman
Positive
What did you think of The World Gives Way?
© LitHub | Privacy