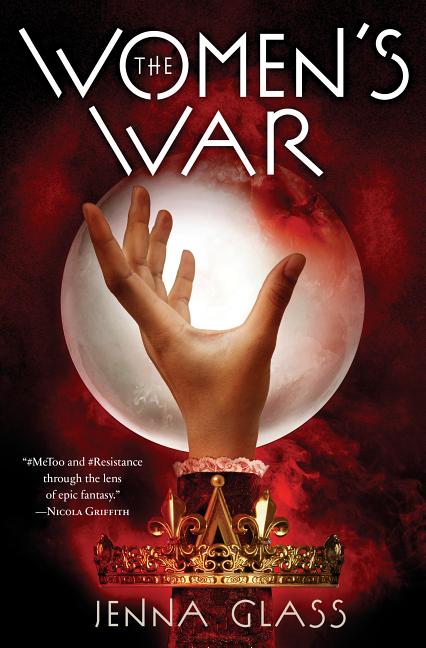 The tensions building in two kingdoms grow abruptly worse when a caravan of exiled women and their escort of disgraced soldiers stumble upon a new source of magic in what was once uninhabitable desert. This new and revolutionary magic—which only women can wield—might well tear down what is left of the patriarchy.

What The Reviewers Say
Rave Lucy Lockley,
Booklist
The interconnected story lines, excellent pacing, and heart-wrenching ending will have readers clamoring for the next book. Offer this to fans of other recent feminist speculative fiction like Naomi Alderman’s The Power (2017), Ausma Zehanat Khan’s The Bloodprint (2017), or Tasha Suri’s Empire of Sand (2018).
Read Full Review >>
Positive Sabaa Tahir,
The New York Times Book Review
Glass could easily have...transform[ed] the plot into a revenge fantasy. But her approach is a more measured examination of societal change ... Glass puts character development over world-building, though she demonstrates skill with both. The multiple points of view transition seamlessly, revealing an astute understanding of human nature ... the men, too, are presented as complicated and layered, a blunt reminder that an ally is a powerful asset when a marginalized person is facing off against institutionalized powers ... Some...sections—like a graphic group rape scene—can be difficult to get through. In a novel that explores and validates the importance of female agency, to present a violation like this through the eyes of a misogynistic male character feels like a misstep. Another is a dearth of intersectionality ... Glass is at her strongest when she takes us deep into the minds of her characters. The Women’s War does what so many classic adult fantasy books do not: It gives us a nuanced portrayal of grown women dealing with a wretchedly unfair society. It is rare to read a fantasy novel with a middle-aged mother as a main character. And it is refreshing to see women becoming heroes in a world that wishes to keep them muzzled.
Read Full Review >>
Pan Liz Bourke,
Tor.com
...The Women’s War levels no critique at institutions of oppression other than patriarchy. Thus, by its focus on a single issue—an issue uncomplicated by the presence of trans people or even cisgender queer people—it gives the impression that sex-based discrimination is the only axis of oppression that matters ... it suggests, then there are no problems with a society ruled by queens and kings and aristocrats. No complicating factors that should be addressed, or other axes of oppression worth considering. The Women’s War may be feminist epic fantasy, but its feminism is the kind that never troubled to read Audre Lorde (for example).
Read Full Review >>
See All Reviews >>
SIMILAR BOOKS
Fantasy

Ordinary Monsters
J M Miro
Positive
What did you think of The Women's War?
© LitHub | Privacy