The Wolf of Oren-Yaro 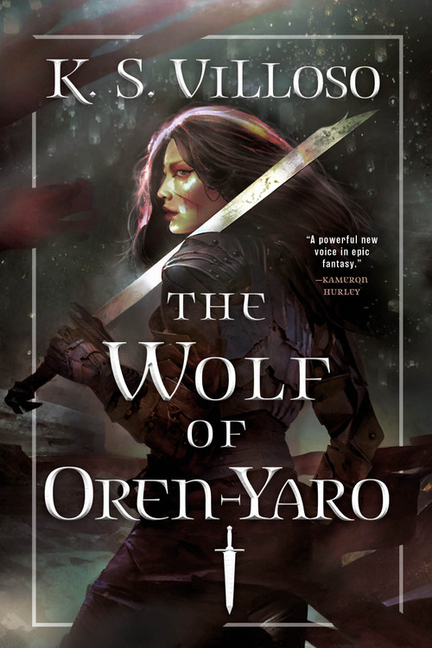 Born under the crumbling towers of her kingdom, Queen Talyien was the shining jewel and legacy of the bloody War of the Wolves. It nearly tore her nation apart. Years later, Talyien is stranded in a land she doesn't know with no idea whom she can trust.

What The Reviewers Say
Rave Noah Fram,
BookPage
K.S. Villoso’s The Wolf of Oren-Yaro is a fascinating read, driven by a well-drawn cast of characters in a beautifully imagined world. None of the main characters is lacking in complexity, and Villoso gives each of them rational motivations ... Although both Jin-Sayeng and Zirinar-Orxiaro are built on a magical bedrock, the realistic characters within them lend The Wolf of Oren-Yaro a bite that even the darkest of grimdark fantasy often lacks ... Villoso palpably renders the moral grime and corruption that pervades almost every scenario ... The superb world building combined with the well-built dramatic structure of the novel draws the reader on in a way that solely ramping up the tension would not. The Wolf of Oren-Yaro tops it all off with a battery of cliffhangers involving Talyien’s past and the nature of magic itself that bodes well for the rest of the series.
Read Full Review >>
Rave Kristi Chadwick,
Library Journal
Readers will be swept in by this strong protagonist and stunning worldbuilding, with a plot full of questions and surprises. Villoso's cunning, exciting debut is a new fantasy epic that readers will clamor for.
Read Full Review >>
Rave Publishers Weekly
... [a] remarkable tale of nonstop tension, action, and betrayal ... Villoso’s allusions to mad dragons and magical entities will leave readers wanting more of her world. Her queen is an intelligent and physically capable woman facing a whirlwind of treachery. The pace is breakneck but never exhausting. This excellent work will appeal to all readers of epic fantasy.
Read Full Review >>
See All Reviews >>
SIMILAR BOOKS
Fantasy

The Memory of Souls
Jenn Lyons
Positive
What did you think of The Wolf of Oren-Yaro?
© LitHub | Privacy