The Wolf and the Woodsman 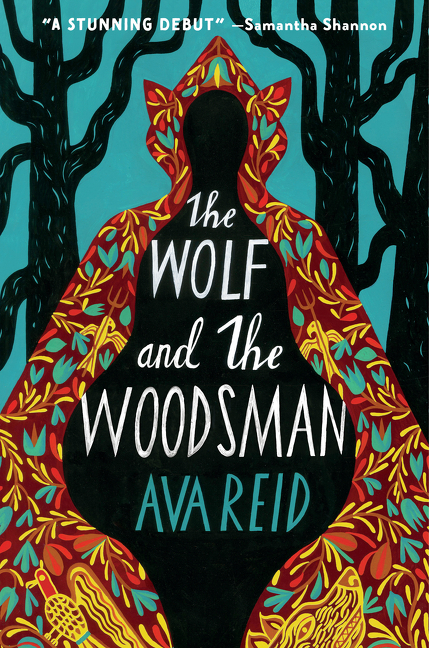 Inspired by Hungarian history and Jewish mythology, this novel follows a young pagan woman with hidden powers and a one-eyed captain of the Woodsmen as they form an unlikely alliance to thwart a tyrant.

What The Reviewers Say
Rave Rebecca Munro,
Bookreporter
A luscious, vivid fantasy rooted in Hungarian history and Jewish mythology with searing connections to our own time ... Dark, romantic and unforgettable, THE WOLF AND THE WOODSMAN is as steeped in real, traumatic history and gore as it is luscious worldbuilding, captivating magic and a slowburn love story to rival any classic romance. Ava Reid writes magic, myth and folklore so well that you almost forget how poignant the themes of nation-building, propaganda and religious persecution are until they smack you right in the face. Through the eyes of Évike, a mixed-race, mixed-magic wolf-girl at the bottom of her kingdom’s hierarchy, we see the rampant effects of cultural genocide, and the ways that generations of trauma seep into your heart and mind ... yet, somehow, the magic system is so vivid, full of imagination, beauty and horror, that you cannot put the book down even for an instant ... Reid captures everything that makes fantasy great by laying bare these complex, difficult-to-discuss themes against her magic backdrop and giving readers no choice but to pay attention and engage ... an intricate, gut-wrenching fantasy that will set the bar for dark historical fantasy for years to come.
Read Full Review >>
Positive Liz Bourke,
Tor.com
... an impressive debut ... The Wolf and the Woodsman is a richly imagined novel, atmospheric and compelling. Évike is an interesting protagonist, one who tries almost against her will to do, if not the right thing, then at least the least wrong thing. She’s appealing—the whole novel is appealing—and Reid’s voice is fluent and assured. But in my view it rather falls apart at the climax. That’s not unusual for a debut, and doesn’t make it any less worth reading, but it does spoil some of my enjoyment. On the whole, an entertaining, appealing, and strikingly imagined novel. I recommend it, with caveats.
Read Full Review >>
Rave Publishers Weekly
Reid’s fast-paced debut examines religious freedom through the lens of myth and magic ... Reid’s atmospheric prose evokes fairy tale enchantment as Évike and the woodsmen traverse a forest filled with monsters ... Fantasy romance fans will enjoy watching tortured Gáspár and fiery Évike warm to each other over legends, monster battles, and their shared outcast status as their quest takes them into the frozen north ... The convincing enemies-to-lovers romance, fascinating religion-based magic system, and thoughtful examination of zealotry make this a notable debut.
Read Full Review >>
See All Reviews >>
SIMILAR BOOKS
Fantasy

A Marvellous Light
Freya Marske
Rave
What did you think of The Wolf and the Woodsman?
© LitHub | Privacy