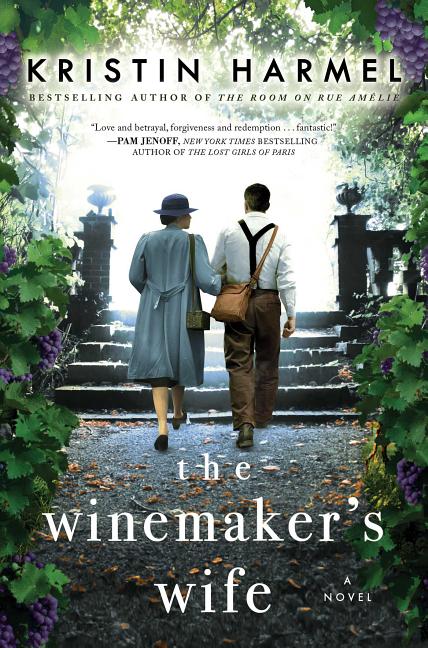 Champagne, 1940: Inès has just married Michel, the owner of storied champagne house Maison Chauveau, when the Germans invade. As the danger mounts, Michel turns his back on his marriage to begin hiding munitions for the Résistance. New York, 2019: Liv Kent has just lost everything when her eccentric French grandmother shows up unannounced, insisting on a trip to France. But the older woman has an ulterior motive—and a tragic, decades-old story to share. When past and present finally collide, Liv finds herself on a road to salvation that leads right to the caves of the Maison Chauveau.

What The Reviewers Say
Positive Colette Bancroft,
Tampa Bay Times
...[an] engrossing new historical novel ... a suspenseful tale of betrayals personal and political, and of courage and sacrifice ... Harmel is a stickler for more recent details...Between the printing of the book’s galley a few months back and its final copy, she added a mention of the April fire at Notre Dame de Paris when Liv talks about that landmark. That kind of dedication makes me want to pop a cork and raise a glass. A votre sante!
Read Full Review >>
Positive Monica Garza Bustillo,
Booklist
The lives of several strong women intervene in a complicated historical tale of love and war ... This WW2 novel takes a unique approach with details of the winemaking process highlighting the author’s research into the Champagne region.
Read Full Review >>
Mixed Kirkus
The story of fictional Resistance member and Champagne proprietor Michel Chauveau may be realistic, but parts of the story about his young wife, Inès, are less convincing ... Inès’ vacillating sympathies might reflect her youth, but they set up a chain of events that leads to dramatic changes in her life, which in turn set up the dramatic unveiling of Edith’s secrets in the modern section of the book. All of which requires suspension of disbelief. Liv’s love interest, while sudden, is somewhat more believable, as is Edith’s reluctance to tell Liv the family history. Even in those sections, Harmel resorts to formulaic moments ... A somewhat entertaining but mostly predictable story; Champagne fans and readers who can’t get enough WWII fiction will probably still enjoy it.
Read Full Review >>
See All Reviews >>
SIMILAR BOOKS
Coming Soon

Jackie & Me
Louis Bayard
Rave
What did you think of The Winemaker's Wife?
© LitHub | Privacy