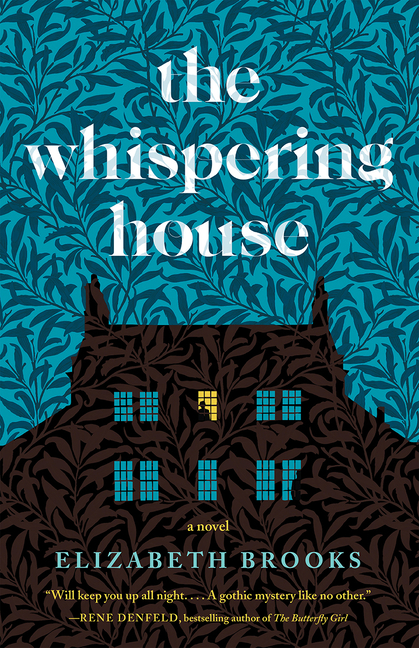 On a warm summer's day by the English seaside, twenty-three-year-old Freya spies a pale, pillared house: Byrne Hall. Before she can think twice, she's stepped inside to an ornate foyer featuring a striking portrait that evokes her late sister Stella, whose untimely fall from a cliff years before still haunts Freya and her father.

What The Reviewers Say
Positive Heather Seggel,
BookPage
... a gothic mystery whose ethereal tone and atmospheric detail allow it to step lightly between heavy revelations ... Amid this grief, Freya’s numb quality makes her passive involvement with Cory, and her half-formed ideas of what their life together might be, poignant as well as also a great source of tension for the reader as more information about the house and its history come to light. It’s an odd feeling, being happy for Freya while also internally screaming for her to get out while she can ... Peripheral characters are well rounded and figure into the plot in intricate ways ... Brooks’ gentle, depressive pace allows The Whispering House’s revelations to be truly shocking—the fallout from a missed phone call can feel as though the world hangs in the balance.
Read Full Review >>
Positive Leah von Essen,
Booklist
... atmospheric and creepy, and as needy, nostalgic Freya is pulled deeper and deeper into its shadows, the reader’s worry for her grows—and, with it, the novel’s suspense. Freya is haunted by words she wishes she could take back, the sister she lost, the love that never was, the hopes for the future that she couldn’t attain; all of these materialize in the deep shadows and shifting portrait-eyes of Byrne Hall. Brooks has crafted a slow-simmering, psychological, gothic novel about grief and longing.
Read Full Review >>
Positive Publishers Weekly
... spellbinding ... While there is never any doubt who the bad guys and good guys are, the yarn moves swiftly and with sufficient suspense to its predictable denouement, Brooks’s lean prose never getting in the way of the plot. This is an exquisitely creepy page-turner.
Read Full Review >>
See All Reviews >>
SIMILAR BOOKS
Fiction

Dirt Creek
Hayley Scrivenor
Rave
What did you think of The Whispering House?
© LitHub | Privacy