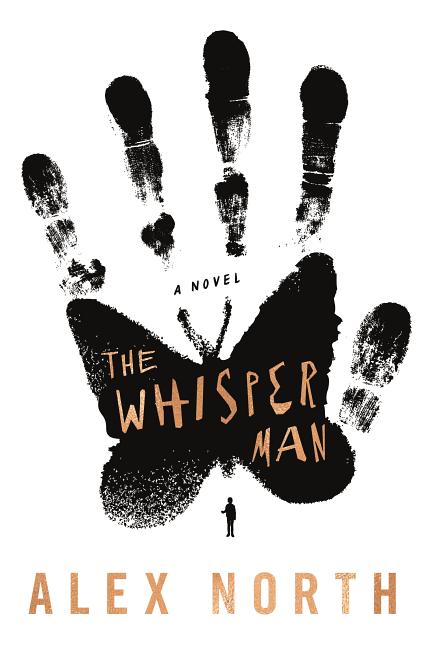 After the sudden death of his wife, Tom Kennedy believes a fresh start will help him and his young son Jake heal. But when a young boy vanishes in their new town, the disappearance bears an unnerving resemblance to the work of a serial killer named Frank Carter who struck 20 years earlier, reigniting rumors that Carter preyed with an accomplice.

What The Reviewers Say
Rave Kristin Centorcelli,
Criminal Element
Alex North’s debut isn’t your typical serial killer thriller. He juggles multiple narratives with ease, and even Tom’s voice (which is the only first-person narrative) is written in a more lyrical style, befitting that of a successful author. Readers won’t just turn the pages (and boy will they turn them fast) to find out who the killer is, but becoming invested in what happens to Tom and Jake is very easy. Their story will resonate with any parent, and especially those that have experienced the loss of a partner or a parent. North’s smart, contemporary hunt-for-a-killer tale, populated with well-drawn characters, is threaded with some uber-creepy, well-placed scares that will appeal to readers who love ghost stories. This uniquely scary and disturbing novel will keep you up late, and you’ll want to keep all the lights on.
Read Full Review >>
Rave Sam Millar,
The New York Journal of Books
Imagine Stephen King and Alfred Hitchcock penning a tome of nightmarish menace and dread. This would be it. The Whisper Man is a powerful psychological suspense thriller, disturbingly creepy with genuine frights that make you glance over your shoulder, especially at night.
Read Full Review >>
Positive Tina Jordan,
The New York Times Book Review
There are two threads here—the supernatural one and the police-procedural one2—and North does a fine job knitting them together. He switches narrators with each chapter, a technique that can be irritating when done badly but that works beautifully here; it keeps you off-balance and grasping for some footing as you hurtle from Amanda’s squad car to Jake’s lonely bedroom to the Whisper Man’s prison cell ... What North does best, though, is ratchet up the tension, imperceptibly at first, then with increasing urgency. If you like being terrified, The Whisper Man has your name on it. But if you get jumpy when you’re home alone, if you’re attuned to every floorboard creak and window-rattling gust, you might want to give this one a skip.
Read Full Review >>
See All Reviews >>
SIMILAR BOOKS
Fiction

Dead Dead Girls
Nekesa Afia
Positive
What did you think of The Whisper Man?
© LitHub | Privacy