The Which Way Tree 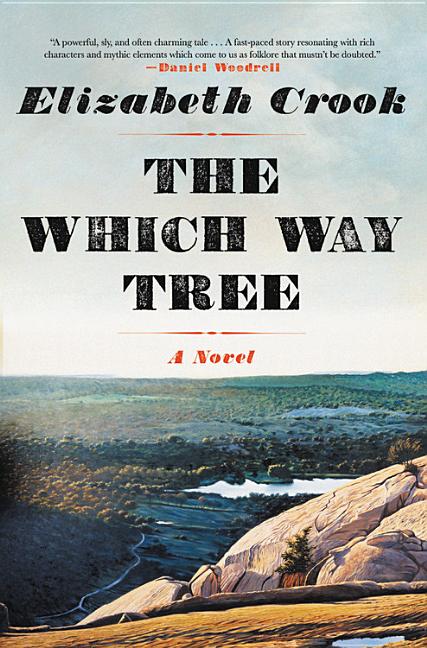 Early one morning in the remote hill country of Texas, a panther savagely attacks a family of homesteaders, mauling a young girl named Samantha and killing her former-slave mother, whose final act is to save her daughter's life. Tenacious Samantha then sets out into the Texas frontier to avenge her mother's death.

What The Reviewers Say
Rave Robert Faires,
The Austin Chronicle
In many ways, The Which Way Tree is Sam's story, but Crook has wisely chosen not to have her tell it. Just as part of Ahab's power comes from our seeing him through another's eyes, Sam is all the more compelling because we aren't in her head, hearing her thoughts. The depth and breadth of her pain is unknowable to us; we can only gauge some measure of it through the fury and tenacity and woundedness that are described to us ... How Crook managed to channel the voice of a 17-year-old boy in 1860s Texas so convincingly I can't say, but Ben is both persuasive and captivating, a fully realized character that you gladly follow across the Lone Star State ... In this remarkable novel, she's given us something wild to wonder at, and to be moved by.
Read Full Review >>
Positive Mary Helen Specht,
The Texas Monthly
...as this deceptively simple novel progresses, it becomes clear that Crook is interested in more than a classic western pursuit narrative. Characters who initially appear as clichés—the noble Mexican, the earnest preacher—are revealed to have unexpected motives and backstories. Quests for revenge or profit or just plain Christian paternalism turn out to be flawed attempts at redemption and human connection ... What’s more difficult to understand, however, is Crook’s decision to narrate the book from Benjamin’s point-of-view, via a series of letters to a circuit judge after the Civil War. This has the unfortunate effect of slackening some of the tension ... A few elements of The Which Way Tree feel contrived or too on-the-nose...But those minor off notes aside, Crook’s slim, intimate novel illustrates how, at their best, historical westerns provide insight into human nature tested by the sort of extreme conditions that rarely crop up in contemporary American settings.
Read Full Review >>
Mixed Paulette Jiles,
The New York Times Book Review
Benjamin Shreve, the teenage narrator of The Which Way Tree, unspools his tale of Civil War-era Texas in a first-person voice that is utterly convincing, consistent and believable. Crook never slips out of that voice for a moment...Benjamin’s voice swings between the rhythms of the Southern hills and the lofty, elevated tone encountered in Twain and contemporary westerns ... Yet Crook’s marvelous dexterity with language does not help her with narrative. Plots need to coalesce around characters with agency, characters who make things happen. They need to move beyond mere observation. Since Benjamin simply reports on what everybody else is doing, and reacts instead of taking initiative, the plot has no anchor and becomes chaotic ... The Which Way Tree is a commendable and very readable addition to the tale-spinning tradition and its beautiful use of language.
Read Full Review >>
See All Reviews >>
SIMILAR BOOKS
Fiction

Act of Oblivion
Robert Harris
Rave
What did you think of The Which Way Tree?
© LitHub | Privacy