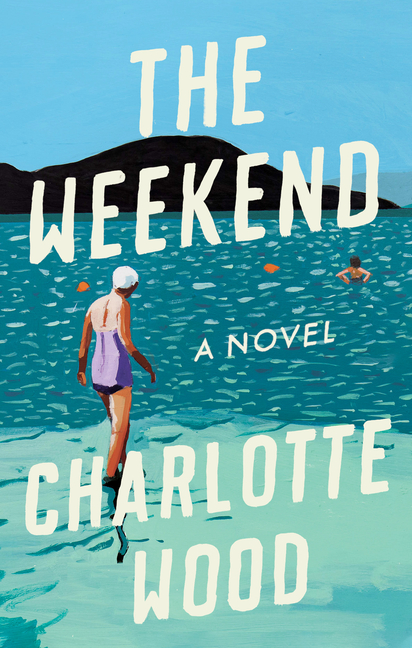 Four older women have a lifelong friendship of the best kind: loving, practical, frank, and steadfast. But when Sylvie dies, the ground shifts dangerously for the remaining three. Struggling to recall exactly why they've remained close all these years, the grieving women gather at Sylvie's old beach house—not for festivities this time, but to clean it out before it is sold. Can they survive together without her?

What The Reviewers Say
Rave Kerryn Goldsworthy,
The Sydney Morning Herald (AUS)
This richly textured novel is about so many things that it’s hard to do justice to all of them. Ideas about friendship, ageing and grief keep sliding kaleidoscopically in and out of focus ... It has been said, as a criticism, that Wood writes only about middle-class people and preoccupations. But surely a novelist must be allowed her choice of subject matter, and in any case Wood is subverting it here by factoring in considerations of gender, which are too often ignored in this kind of reading. One of the underlying themes of this novel is the precarious nature of womanhood even in first-world societies: what seems to be social or financial or emotional security often turns out to be largely illusory ... Wood’s technique in this novel is masterly. There’s the minutely detailed observation, the delicate shifts in point of view, the variation of style to suit different scenes and moods, and the expert management of escalating drama and tension as the novel’s climax approaches and the friends are buffeted by wave after wave of dismay and grief ... Wood faces down the depressing and frightening things about old age and hints at things that might be used to soften them. Or even, if you’re lucky, to transcend them.
Read Full Review >>
Rave Susan Wyndham,
The Guardian (UK)
...[a] playful and moving feminist fairytale ... Wood has wisely not tried to outdo her own shock tactics. The Weekend, her sixth novel, returns to the qualities that had already built an admiring readership for her earlier books while being a more domesticated sister to its wild predecessor ... more Big Chill than Handmaid’s Tale, with a dash of Big Little Lies and an echo of Atwood’s The Robber Bride. Wood uses the classic theatrical set-up of a house party to concentrate tension in a tight space. If she were Agatha Christie this would lead to murder, but her characters’ emotional blow-ups are closer to those in David Williamson’s Don’s Party or Rachel Ward’s recent film Palm Beach ... Behind the laughs there is deep humanity, intellect and spirituality, qualities that mark The Weekend as much more than old-chook lit ... The Weekend is a novel about decluttering and real estate, about the geometry of friendship, about sexual politics, and about how we change, survive and ultimately die. Wood has captured the zeitgeist again, with a mature ease that entertains even as it nudges our prejudices.
Read Full Review >>
Rave Sara Collins,
The Guardian (UK)
...conceives of old age as a state of mutiny rather than stasis, a period of constant striving against the world, but also against oneself ... These women are living, not dying, even if the idea of mortality is now always staggering into the room. The best thing about this novel is its masterful condemnation of Montaigne’s expired thinking on its theme: 'Whoever saw old age,' he wrote, 'that did not applaud the past and condemn the present times?' Not nowadays. What gives this novel its glorious, refreshing, forthright spine is that each of its protagonists is still adamantly (often disastrously) alive, and still less afraid of death than irrelevance.
Read Full Review >>
See All Reviews >>
SIMILAR BOOKS
Fiction

Dinosaurs
Lydia Millet
Positive
What did you think of The Weekend?
© LitHub | Privacy